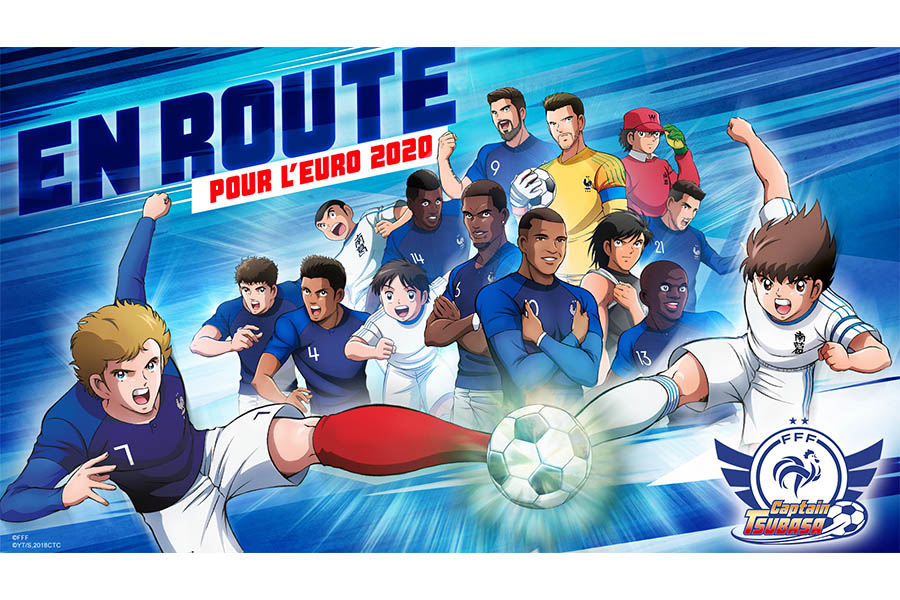 VIZ Media Europe, European leader in Japanese entertainment, and the French Football Federation, are pleased to announce a collaboration between their two iconic brands: Captain Tsubasa and the world champion French football team.

Captain Tsubasa, the phenomenon series that has marked an entire generation, tells the story of Tsubasa Ozora, a young football prodigy who has a dream: to become the best football player and win the World Cup! A dream that the French players have recently fulfilled on July 15th 2018.

Fan of Captain Tsubasa since his childhood, Kylian Mbappé recently met the original creator, Yoichi Takahashi. “It’s something that makes me happy to know that what I drew could inspire players who have become professionals. It’s very important to me,” says Yoichi Takahashi. He adds, “At the World Cup in Russia, I observed Griezmann and Mbappé a lot. I see them a bit like Tsubasa and Hyuga, they impress me a lot.”

Sharing the common values of perseverance, team spirit and respect, as well as the mission to bring the intensity of football to the public, Captain Tsubasa and the French Football Federation team up to offer football fans a collection of products for UEFA Euro 2020. “Being able to collaborate with the world champion team is a great pride”, says Yoichi Takahashi.

According to François Vasseur, marketing director of the French Football Federation, “the association between the FFF and the most popular football series in the world is a gift for all fans of the series and the French team. We thank the creator Yoichi Takahashi for this wonderful collaboration. Both young and old football fans will be able to join the Champions team! “.

This collaboration will be accompanied by an ambitious promotional plan, supported by activations, a capsule collection and the creation of many graphic designs including exclusive drawings featuring 11 players of the French team with the heroes of Captain Tsubasa.

In France, the new Captain Tsubasa TV show is currently broadcast on TF1 and TFX, and also available online on Anime Digital Network.

← THE ANTICIPATED JUMANJI: THE NEXT LEVEL LOVE IS...SUSTAINABLE LICENSING →