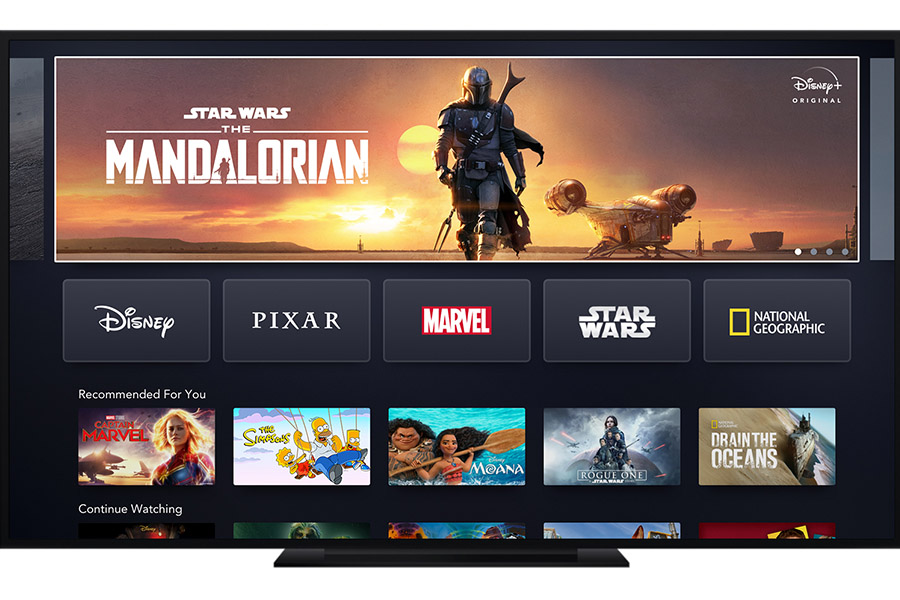 DISNEY +, A NEW ERA OF ENTERTAINMENT

Tags from the story: Disney, The Walt Disney Company.

Disney+, the highly anticipated streaming service from The Walt Disney Company, has been launched in the USA, Canada and the Netherlands. With around 500 films and 7,500 episodes of TV series from Disney, Pixar, Marvel, Star Wars, National Geographic and other content producers. Disney+ is the exclusive destination for some of the world’s most beloved stories and includes an important offer of original content all to be discovered.

“The launch of Disney+ is a historic moment for our company and marks a new era of innovation and creativity,” said Robert A. Iger, Chairman and Chief Executive Officer of The Walt Disney Company. “Disney+ offers an exceptional entertainment experience: our archive of beloved films, TV series and original exclusive content from Disney, Pixar, Marvel, Star Wars and National Geographic.”

As part of the launch, the streaming service premiered its first TV series and original films, including “The Mandalorian“, Star Wars’ epic first live action series; “Lady and the Tramp“, a live-action version of the 1955 cartoon classic; “Noelle“, a Christmas comedy starring Anna Kendrick; and “High School Musical: The Musical: The Series“, the all-new scripted series inspired by the omonimous movie . The documentary series “The World According to Jeff Goldblum” by National Geographic; “Marvel’s Hero Project“, which celebrates extraordinary children; “Encore!“, produced by the talented Kristen Bell; “The Imagineering Story“, a 6-part documentary by Emmy and Oscar-nominated director Leslie Iwerks; the short film series “Pixar IRL” and “Disney Family Sundays“; and the animated short film series “SparkShorts” and “Forky Asks A Question” by Pixar Animation Studios.

Since November 15th, new episodes of these series will debut every Friday at 12:01 (Pacific Time).

The Past, Present and Future of Storytelling

Disney+ offers viewers of all ages an unparalleled collection of new content and classics created by the extraordinary authors of The Walt Disney Company, visionaries who represent almost a century of creativity for Disney, Pixar, Marvel, Star Wars, National Geographic and other brands.

Starting from November 12th in the USA, Canada and the Netherlands, November 19th in Australia, New Zealand and Puerto Rico, and March 31st, 2020 in Europe, subscribers will be able to see:

Among the many titles, subscribers will also have access to a rich collection of 4K Ultra HD movies, including the first seven episodes of the Star Wars saga – available for the first time in this format – along with “Hocus Pocus,” “Who Framed Roger Rabbit”, “Toy Story” 1-3.

Disney + offers its subscribers a high quality viewing without advertising breaks, will be available up to four simultaneous streams, unlimited downloads of up to ten devices, custom viewing hints and the ability to set up to seven different user profiles. It will also be possible to set up profiles dedicated to the youngest ones with an easy-to-navigate interface to access content suitable for age.

You can subscribe to Disney+ directly from the DisneyPlus.com website or purchase via App from the following partner platforms/devices (depending on your country of residence).