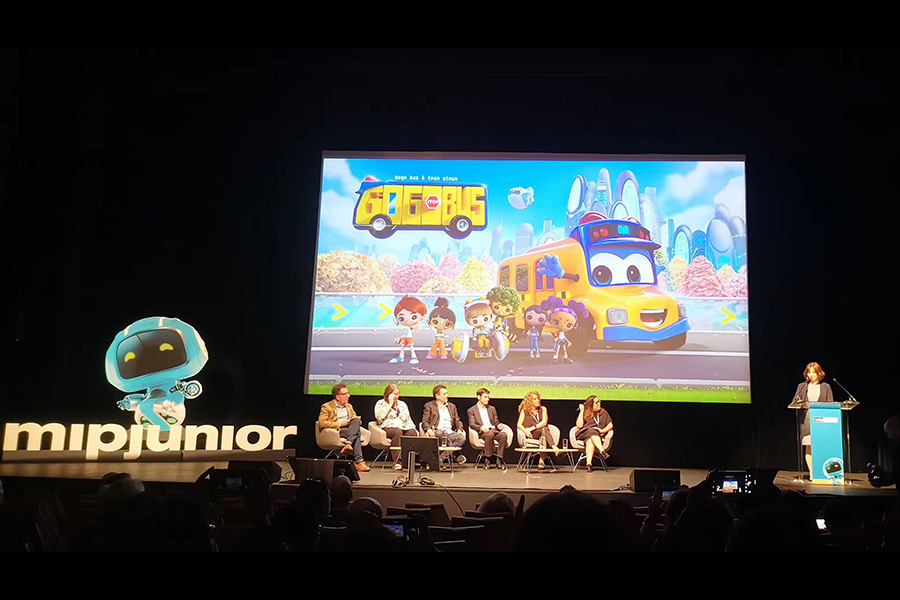 Winsing, a Top Three Chinese animation company for over 15 years, is celebrating the arrival of its hit show GG Bond in Thailand, an agreement with a major Indian distributor for both GG Bond and preschool hit GOGO BUS, and a strong response to its two major properties at its most successful MIPCOM ever.

Now showing in Thailand on kids’ channel Toonee, superhero piglet GG Bond has quickly become well established as a kids’ favourite. A life-size costume character version of GG Bond has even taken part in the Toonee Kids Fair – a celebration of children’s characters. With GG Bond growing in popularity in Thailand licensed products will arrive at retail in the near future.

There was also excitement on the Winsing stand at MIPCOM with the announcement during the show that Winsing has established a cooperation agreement with One Take Media, an Indian media company, covering series of both GG Bond and GOGO Bus.

This was part of a very successful MIPCOM, at which the Winsing portfolio of properties made a very big impression: nearly one hundred customers from Southeast Asia, the Middle East, Europe, North America, Latin America and a number of other countries and regions visited Winsing’s stand in the Chinese pavilion to hear more about the company’s wide portfolio of properties.

There was an especially strong response to GOGO BUS & TEAM STEAM, Winsing’s new preschool animated property, which was shortlisted among the finalists at the MIPJunior Project Pitch. GOGO BUS & TEAM STEAM’s appearance on the platform, which highlights new kids’ TV projects with the greatest potential for commissioning and multiplatform extension, was a major boost for this exciting new series.

Echo Gu, Vice President of Winsing Animation, says: “We’re also very excited about recent sales to India and Thailand and delighted with the response to our portfolio at MIPCOM. Interest in GOGO BUS & TEAM STEAM in particular was very strong and indicates that the show has potential in many territories. This success is a great platform for Winsing’s continuing international expansion plans over the next year.”