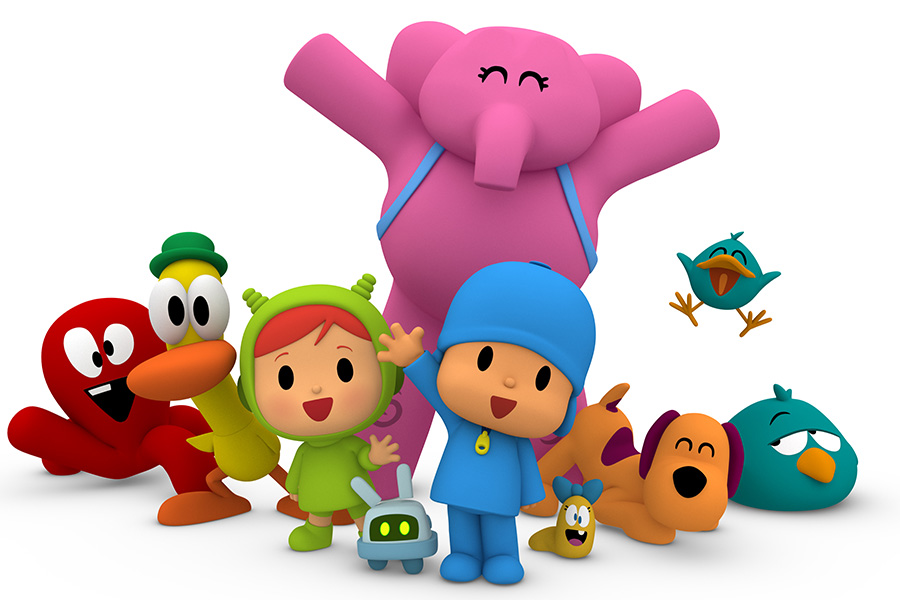 THE NEW EPISODES OF POCOYO

A co-production agreement has been made between Zinkia Entertainment, creator of the brand, and the Canary Island studio KOYI

Pocoyo has chosen Gran Canaria (The Canary Islands) as the location to continue its growth and development. Considered the most internationally successful Spanish animation series, Pocoyo will begin production on its new episodes in studios located on the Canary Fairgrounds (Infecar), after closing a co-production agreement between Zinkia Entertainment, creator of the brand, and Canary Islands KOYI studio. The production of the new Pocoyo season, consisting of 36 chapters of 7 minutes each and 20 music videos, will involve an estimated investment of three million euros and the participation of a team of 70 professionals.

Víctor M. López, general director of Zinkia, says that  “the Canary Islands is an excellent opportunity for the audiovisual sector right now, not only because of the interesting policy of tax incentives sponsored by the different public administrations and always with the support of the EU, but also because we have found the perfect fit production-wise in the Canary Islands without losing an iota of the quality that Pocoyo posseses ”.

“For KOYI, having the opportunity to produce the new Pocoyo season is a definitive boost for the start-up of the company, keeping in mind Cabildo’s invaluable support,” said Luis Armengol, Founding Partner of KOYI, who has also announced that they “will launch an ongoing training program for professionals who join the project in coordination with other producers installed on the Island and the Society for Economic Promotion of Gran Canaria (SPEGC) ”.

The new season of Pocoyo brings back the essence of the series and its characteristic language. All of this combined with music that has become the soundtrack of the first years of life for several generations, truly makes up a unique world. Values from previous seasons such as respect, friendship, tolerance and the didactic spirit, as well as the inquisitive nature of the characters are still very present in the narrative.

Pocoyo, a benchmark in the animation sector

Since it was first released in 2005, the Pocoyo series has been broadcast on more than 150 television channels around the world, becoming one of the most recognized children’s brands, with 38 international awards, including the BAFTA award, awarded by the British Academy.

Currently, it is one of the most successful children’s content on YouTube, a platform on which it has exceeded 16,000 million views and has 16 million subscribers. In addition, Pocoyo has a presence in 40 other VOD platforms, including Netflix, HBO and Amazon. It is the protagonist of 50 apps, which have surpassed 54 million downloads and under its license millions of toys, books, textiles and a long list of products have been sold.

In addition to being the cradle of Pocoyo’s new adventures, Canary Islands will also house a pioneering project for the brand: Pocoyo Forest. An initiative with the objective of contributing to the reforestation of the island ravaged last August by a fire that burned 10,000 hectares of land. An equally important objective of the project is to raise children’s awareness at an early age about the importance of preserving the environment and preventing these types of environmental disasters.

This plan will be implemented with financial resources provided by Zinkia and KOYI that will used to plant the first 1,000 trees of the “Pocoyo Forest”. In addition, its development will be financed with the sales of a product line that will include t-shirts, caps, backpacks, etc. that will be marketed under the brand Pocoyo Forest. Moreover, those responsible for the company have expressed their desire for Pocoyo Forest to be the seed of an even greater commitment and that the goal of planting 15,000 trees can be achieved, which is the average number of children born per year  in the Canary Islands.