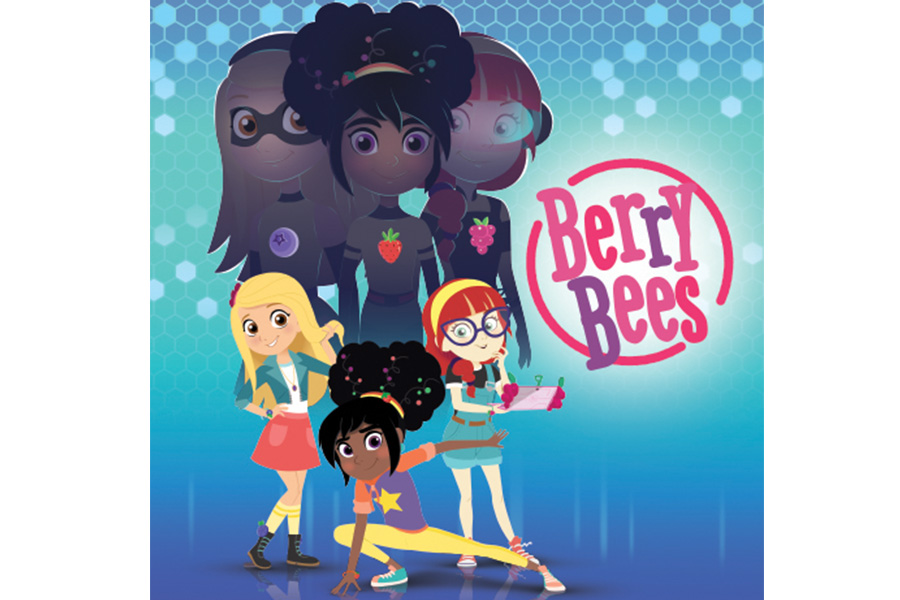 THE MIPCOM GETS THE “BERRY BEES”

MipJunior and Mipcom participants had the opportunity to preview images of Berry Bees, the exciting new animated children’s spy series of 52 11-minute episodes.

Berry Bees is an international co-production with the participation of Rai Ragazzi and NINE Network.

The series made its world premiere on NINE Network 9G, in Australia, last October 6, and we will see it on Rai Gulp before Christmas.

Berry Bees is a concentrate of all the ingredients loved by kids: action, adventure and secrets. Who says that only adult spies can foil the diabolical plans of unscrupulous criminals? Bobby, Lola and Juliette, aka the Berry Bees, are three young girls who lead a seemingly normal life, at least when they are not busy saving the world on behalf of the B.I.A (Bee Intelligence Agency), a secret agency that has chosen them for all those missions in which adult agents can not intervene. Whether it’s protecting a young princess and family pearls from a fake photographer, or finding out why remote-controlled sneakers force the wearer to steal any object, the Berry Bees are always ready to take action. Technology expert and a bit nerdy Bobby, skillful contortionist and acrobat Lola and talented, mentalistic actress Juliette form the perfect trio when it comes to infiltrating the criminal’s lair on duty, discovering his plan and sending it down before it’s too late. All strictly incognito. With the support of the curious gadgets that the head of the agency, Ms. Berry, gives them in every episode, the Berry Bees always get the better of them… and show the bad guys that saving the world is not just “a big deal”.