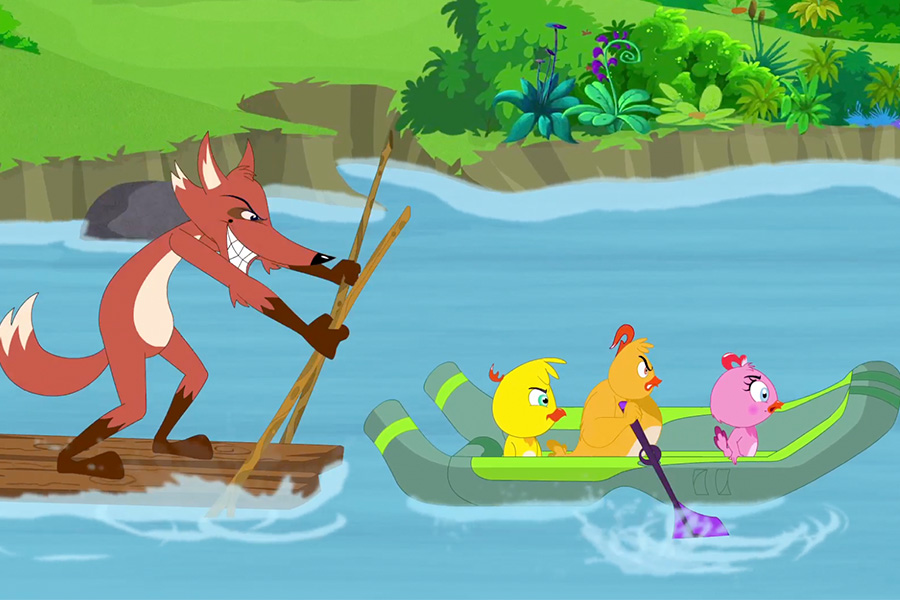 Continuing to strengthen the Company’s growth within the digital arena, international distribution and media agency Quintus Media has stepped into a digital distribution agreement with Indian animation studio Cosmos Maya

Eena Meena Deeka is a slapstick action comedy series of gags, which essentially tells the story of a constant chase between a cunning hungry fox and three chicks Eena, Meena and Deeka.  Eena – the brain, Deeka – the brawn, and Meena – the spoilt darling of the house who are always ready to foil the hungry fox’s evil plans.  The fox, however, is even more determined to get his targets, with each consequent failure.

Universal in its storytelling Motu Patlu is a series of endearing adventures of two friends Motu & Patlu.  Typically caught in funny situations the duo almost function like a trouble magnet, attracting all sorts of problems.

Tik Tak Tail is a fun-filled and action-packed series about a cute rabbit and a ferocious tiger who are constantly on the run.  The show essentially tells the story of the unending attempts of a tiger to catch a rabbit and how the rabbit always outruns the tiger with his speed and smartness.

But here is the twist in the ‘tail’… literally!  Tik is not only battling with Tak but also with his tail named Tail.  Tail has two roving eyes and a hungry mouth of its own.  But without hands and legs, he is at Tak’s beck and call.  However, if Tail ever decides to have it his way, he can simply wrap himself around a tree-trunk and not let Tak move ahead.  Interestingly, while Tak and Tail are part of the same body, they are of two different minds.

Commenting on the deal Gerrit Kemming Managing Director of Quintus Media said, “Cosmos-Maya is one of the leading animation producers in their field.  We are very proud to co-represent three of their super successful series’ which have the right blend of entertainment and global appeal.  We look forward to helping in strengthening and growing their tens of millions of viewer base even further.”