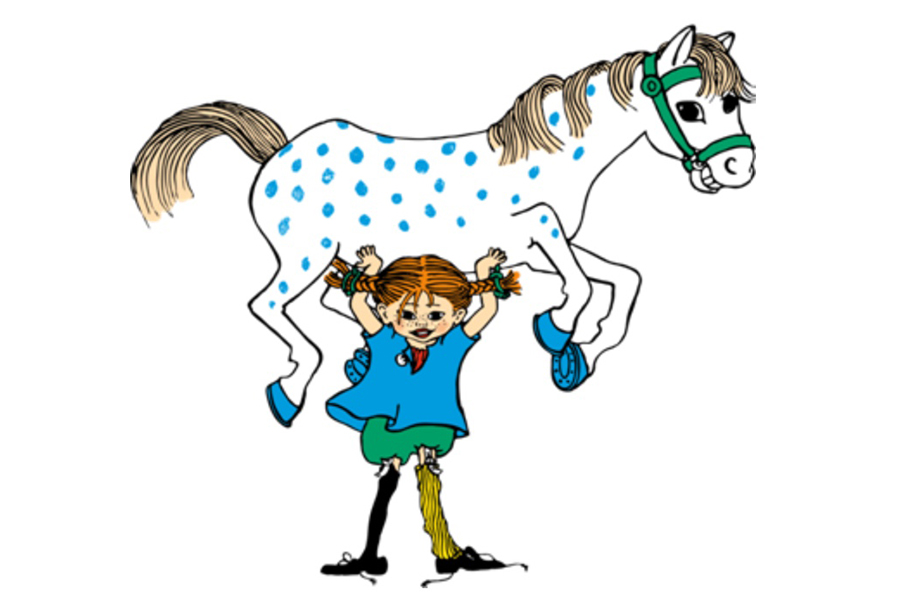 PIPPI LONGSTOCKING BACK TO SCREENS

STUDIOCANAL, Heyday Films and the Astrid Lindgren Company today confirm that they are in early development on a film adaptation of Pippi Longstocking

This project reunites STUDIOCANAL and Heyday following their successful collaboration on PADDINGTON 1 & 2.

Pippi Longstocking is the main character in an eponymous series of children’s books by legendary Swedish author Astrid Lindgren. Pippi originates from bedside stories Lindgren told to her daughter Karin about an anything-but-pious girl with boundless energy. With her iconic red hair, freckles, strength, free spirit and bravery Pippi has become an icon of children’s literature and a role model for generations. In fact, she was “girl power” long before the term was even invented. Pippi is the ultimate fantasy for every child, and most grownups. As the strongest girl in the world, with a bag full of gold coins, she is totally independent. She is a person with power but never abuses it. On the contrary, she’s generous and kind – and she loves to have fun. Her qualities are more needed and relevant than ever.

The first three Pippi chapter books were published from 1945 to 1948, followed a number of picture book adaptations. They have been translated into 77 languages with over 65 million copies sold world-wide. Like all great literature, the stories of Pippi Longstocking have amused and thrilled people of all ages in all parts of the world for almost 75 years.

In an interview with TODAY Michelle Obama recalled Pippi Longstocking as the first book love of her life: “I was really fascinated with this strong little girl that was the centre of everything. And she was almost magical in a way. I mean, she was stronger and tougher than anyone.She had superhuman strength.”

Nils Nyman, grandchild of Astrid Lindgren and CEO at Astrid Lindgren Film comments“In David Heyman, with his impressive track-record of bringing great literary works to the screen, together with STUDIOCANAL we are confident that we have found a team that can understand and appreciate the full value of Pippi Longstocking and develop films that capture both the playfulness and the gravity in my grandmother’s works. We are therefore very excited and pleased to announce this collaboration. I’m especially thrilled to announce this now, when we’re in the midst of planning Pippi Longstocking’s upcoming 75th Anniversary in 2020 together with a global campaign in support of Save the Children’s important work for Children on the Move”

Producer David Heyman expands “I am thrilled to collaborate with Thomas Gustafsson, Olle Nyman and their team at the Astrid Lindgren Company and our partners at STUDIOCANAL on this film adaptation of the brilliant and timeless Pippi Longstocking. Pippi has endured and inspired families everywhere through her life force, strength of character and her irrepressible joie de vivre. Astrid Lindgren’s books have been translated around the globe for many years – a testament to her vision which we are determined to honour with a new film.”

Jeffrey Clifford and Rosie Alison will also produce for Heyday. Additional collaborations between STUDIOCANAL and Heyday include Marc Munden’s THE SECRET GARDEN, currently in post-production and the Paddington animated television series shooting in London.

STUDIOCANAL CEO Didier Lupfer and EVP International Production & Acquisitions Ron Halpern add “All of us at STUDIOCANAL are admirers and fans of Pippi Longstocking. We greatly appreciate the confidence the family of Astrid Lindgren has shown in us, letting us be their partner in bringing the timeless, wonderful and joyful creation of hers to the big screen. It’s a real pleasure to work again with David Heyman and the team at Heyday, bringing Pippi to audiences around the world. Pippi will play to the imaginations of adults and children alike and we are so delighted to bring her beautifully enduring stories to life.”