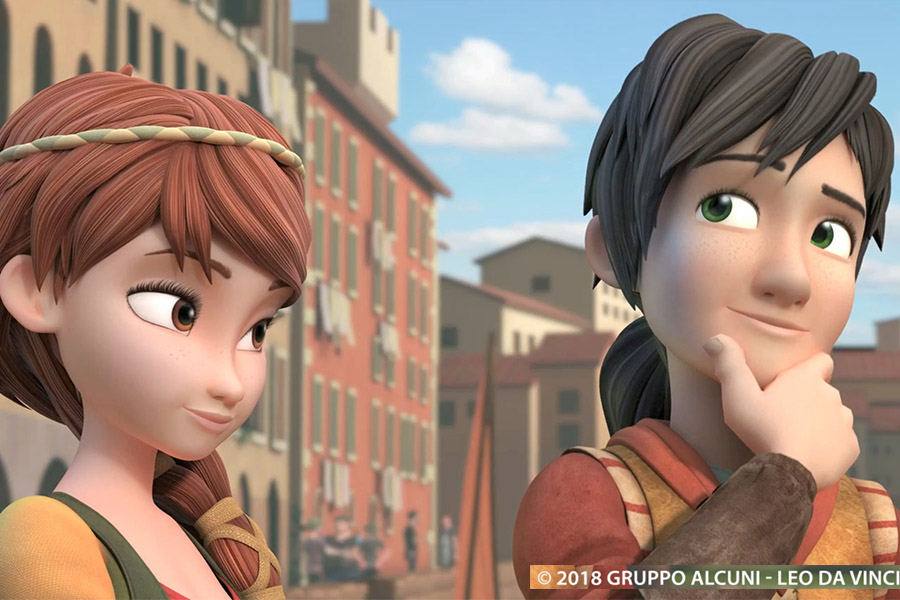 At the “Stand Italy” Monday, October 14 at 18:00 was held the party for the launch of the new television series Leo da Vinci

The cartoon, which since September 30th has been in its first Italian TV viewing on Rai Gulp, is a co-production between Gruppo Alcuni, RAI Radiotelevisione Italiana, HR Hessischen Rundfunk (German public TV), All Rights Entertainment (USA/France), Cosmos Maya Singapore and is produced with the support of POR FERS Veneto 2014/2020 Action 3.3.2 and Trentino Film Commission.

The series, directed by Sergio Manfio, is composed of 52 episodes of 13 minutes each and represents an extraordinary productive commitment both artistic and technical with more than 7 hours of CGI animation.

In the first ten days of airing the series recorded excellent listening performances with a share of 0.9%, with an average of 85,000 viewers for each episode.

Plot: The fantastic and curious events of a 15-year-old Leonardo da Vinci, who travels to Florence with his friends Lisa and Lollo to work in Verrocchio’s workshop. Here he befriends Lorenzo de’ Medici, whose family is at the centre of a conspiracy wrought by a mysterious Florentine Lord in league with Pirates. Leo will unwillingly find himself involved in this conspiracy and will have to help his new friend, overcoming obstacles of all kinds and putting all his creativity into using prototypes of his brilliant inventions … or designing new ones!

In the attached photos, among others: Aymeric Contat Desfontaines CEO of All Rights Entertainment, Francesco Manfio CEO of Gruppo Alcuni, Anish Meta CEO of Cosmos Maya, Luca Milano director of Rai Ragazzi and Sebastian Debertin fiction director of KIKA, the children’s channel of the German public television ZDF and ARD. 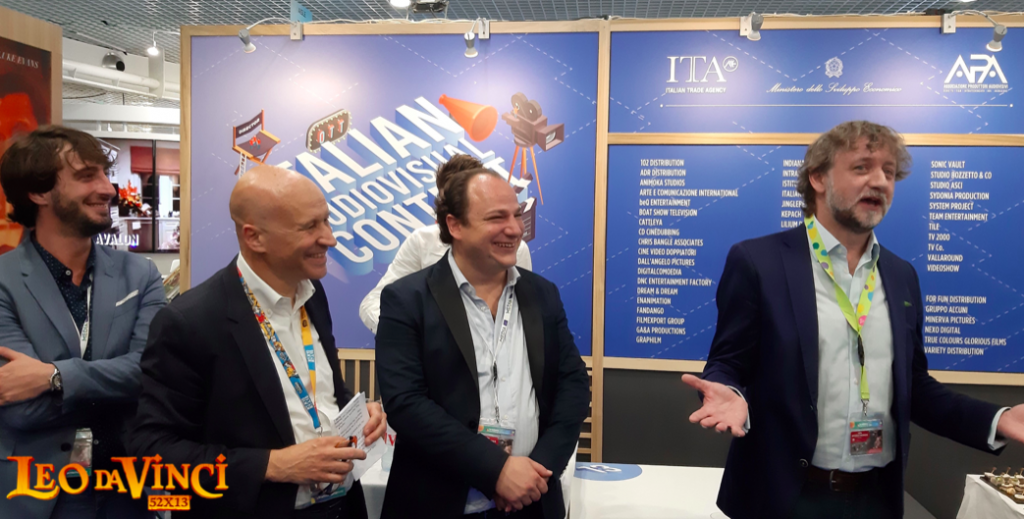