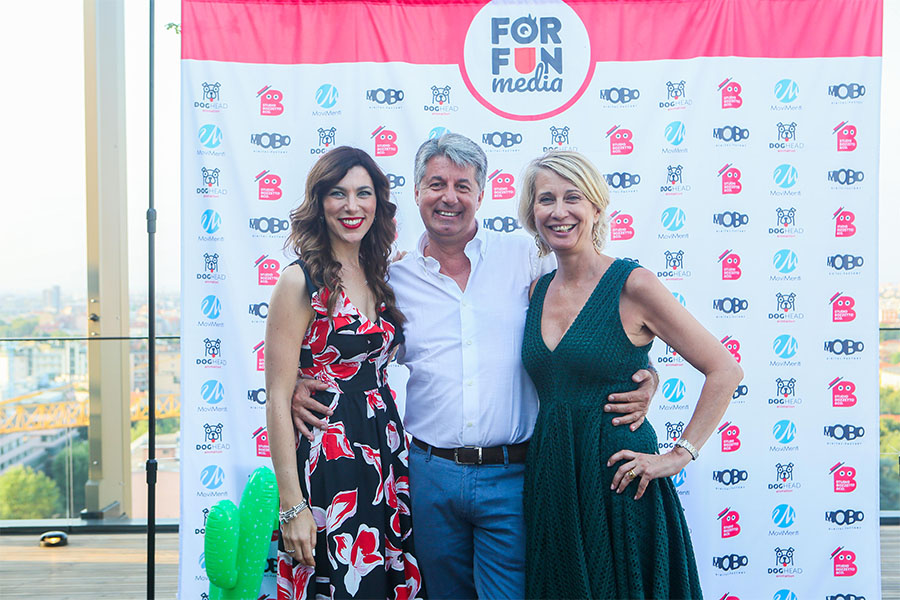 ForFun Media came into being when four Italian companies – MoBo Digital Factory, Studio Bozzetto & Co Srl, Movimenti Production, and Doghead Animation – decided to team up and compete on the international market. The company is still evolving, and this autumn will be debuting a new distribution arm, ForFun Distribution.

ForFun Distribution (FFD) is the distribution arm of the ForFun Media Group. It was created to add value and strength to the productions made by the other companies in the group and to create a unique and winning library for the international market.

What are the strengths of FFD?

The strength of ForFun is its ability to conceive, develop, produce, and now distribute TV series and feature films, maintaining high standards of quality and reliability at every stage of the process. This versatility and diversity allows the group to work effectively with a wide range of potential international partners.

What is FFD highlighting today?

FFD is fortunate that its launch coincides with the arrival of the new animated series “Topo Gigio” (52×11′),a production entirely financed by Italian companies. Of course there is no lack of international players interested in the project; Topo Gigio is a character known all over the world. The series have been presented to the international market during the MIP Junior and MIPCOM, where the first two or three episodes were shown to the broadcasters.

What projects are in the pipeline or the future?

We are looking at many projects with an eye to the international market. The MIPCOM have been a good opportunity to develop a number of ideas. Clearly the plan is to work on synergies and partnerships with many market players in order to best position the products that we feel will be most effective and successful at any given time. We’re lucky to have the support of Valeria Quattrini, who has worked with the most important national and international companies (Mediaset, SKY, Disney, Rakuten) and with whom Is hall be promoting and managing contacts with TV and international groups. We can’t wait to develop our first initiatives to get her under the name of ForFun Distribution!