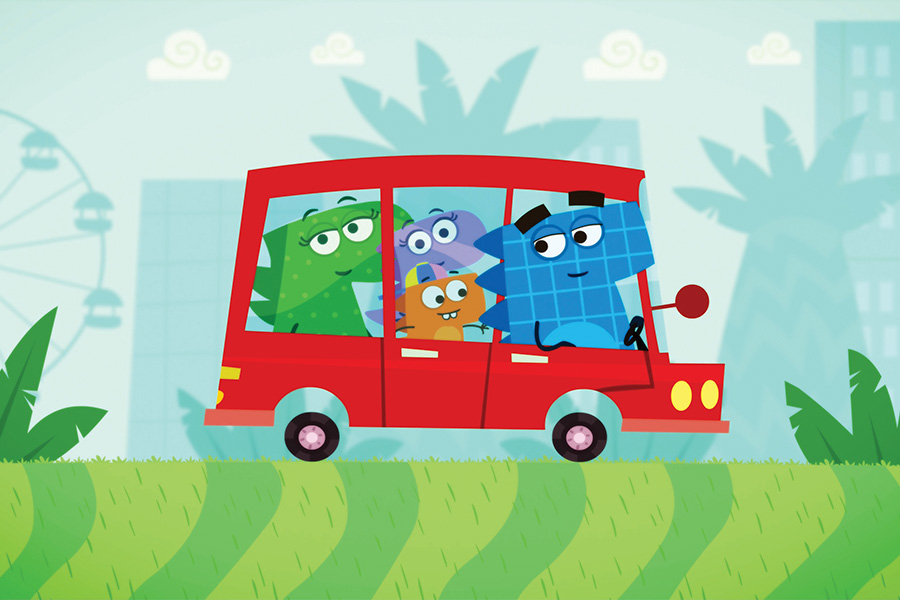 DeA Kids in Italy has picked up exclusive pay-TV rights to the Russian-produced series while YLE Finland has secured TV rights for the territory.

APC Kids has co-invested in the production of the 52 x 5’ international version of the series and has exclusive distribution rights in all territories excluding Russia and China. APC Kids has brought on board Nigel Pickard as executive producer and Lee Waters (Floogals, Pet Squad) as script editor and voice director.

Dinocity (former working title Ricky the Dinosaur), an original series created by St Petersburg-based Riki Group, is a preschool series which portrays funny moments from the everyday life of a family of dinosaurs. Ricky, a little dinosaur, his elder sister Tira, and their Mom and Dad can turn ordinary situations into unexpectedly exciting adventures.

Lionel Marty, Managing Director of APC Kids says: “There is global interest in children’s properties created in Russia and we are excited to start the international roll out of this fun series which has universal themes of family and friendship.”

Diana Yurinova, VP, International Business Development and Distribution, Riki Group, says: “From my previous experience of collaborating with Nigel’s creative team, coupled with Lionel’s wealth of distribution expertise, I had no doubts who we should partner with on Dinocity. With production on the first season well underway, we are excited about the first sales APC Kids has already secured for the show. We feel very confident about the success of this IP because funny, vibrant content, which is underpinned by strong storytelling, is a winning combination which kids fall in love with.”