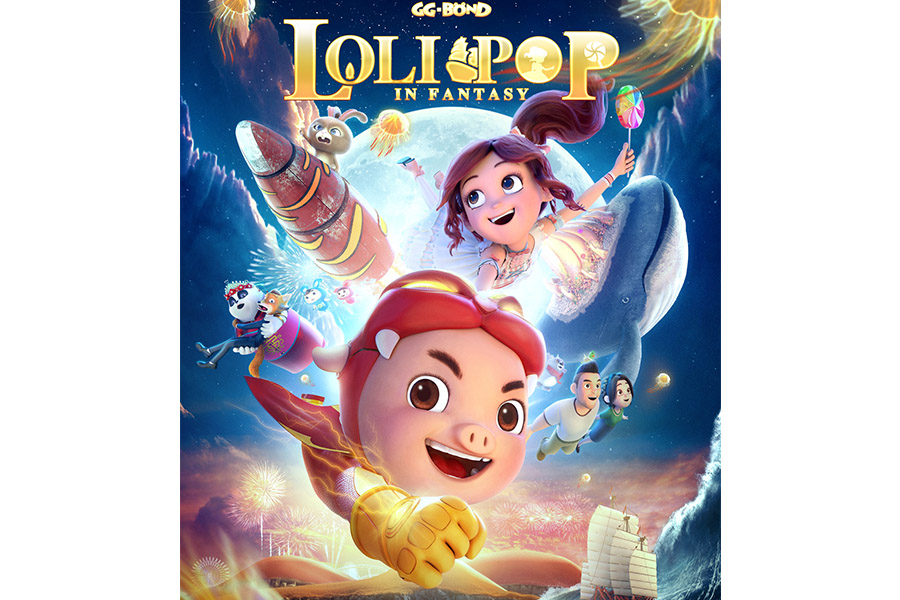 Winsing, a leading Chinese animation company for over 15 years, has announced the arrival on Malaysian TV of the latest film based on its leading property, GG Bond.

The feature film GG Bond: Lollipop in Fantasy, the fifth movie starring the superhero piglet and his buddies, is now available in Malaysia on the on-demand channel Astro First, a pay-per-view service that is part of the portfolio of channels owned by Malaysian satellite television provider Astro.

The 85-minute film, first released in China in July and launched on Astro First on 12 September, tells the story of a girl who has loved GG Bond since she was a little child but thinks he’s just a children’s story – until a picture of GG Bond on her bedroom wall opens a portal into the superhero’s world. What will happen when she meets GG Bond? What adventures will she have? And how will GG Bond help her to get back to her own world?

This exciting new film, already a hit in China, is now delighting Malaysian audiences on Astro First, where subscribers can enjoy the latest movie in the comfort of their own homes.

Coming to English-speaking markets under the name Kung Fu Pork Choppers, GG Bond is a thrilling and funny show for 4-to-8-year-olds in which the hero, a superpowered piglet, fights numerous threats to his world with the help of his friends, not to mention courage, enthusiasm, humour, hope, and a strong sense of justice.

The show already boasts 14 hit series viewed by millions of children, as well as five feature films and series 15 in the planning stages, not to mention an enormously popular and award-winning live show, dedicated theme park areas, and a massive licensing campaign. A new series of GG Bond toys was announced in late September at a special event in Guangdong.

Echo Gu, Vice President of Winsing Animation, says: “The success of GG Bond in overseas markets is growing and Astro First is looking forward to a strong response to the exciting new GG Bond film. We fully expect the property’s international fanbase to continue to expand in the coming months and years as overseas viewers enjoy the great stories, humour and strong production values that have made GG Bond such a hit in his home market.”

← COSMOS-MAYA FOR MAHATMA GANDHI PADDLES IS THE NEW CHILDREN'S STAR →