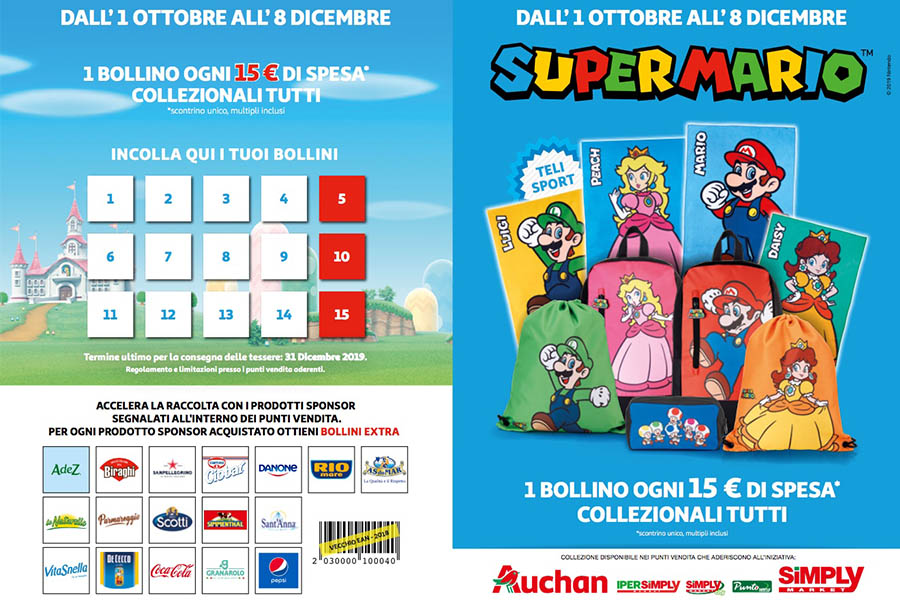 NINTENDO AND SUPER MARIO INTO AUCHAN AND SIMPLY

Until December 8th a colorful collection exclusive for those who love sports, movement, being outdoors and have fun with the funny characters of Super Mario

When you think of the world of video games, one of the first characters to spring to mind is undoubtedly Super Mario. Dungaree, mustache and hat have made him a real icon recognized by young and old: since its creation in the 80’s, he has appeared, both as a guest star and as a protagonist, in at least a hundred video games and beyond. He has been dedicated to films, cartoons, comics, as well as an infinite amount of merchandise of all kinds, as well as even appeared in the closing ceremony of the 2016 Olympic Games as a symbol of Japan.

To celebrate the extraordinary mascot so loved by the general public, Nintendo and the stores Auchan and Simply launch a special consumer promotion that allows everyone to collect backpacks, cases and sports towels dedicated to the characters of the saga that tells the exploits of the mustached plumber.

A colorful collection exclusive for those who love sports and movement, to stay outdoors and have fun with the funny characters of Super Mario: from the backpack of Mario or Peach to the multipurpose backpack with Luigi or Daisy, up to the case dedicated to the funny mushroom Toad and sports towels with all the iconic characters from the mythical video game. Every €15 spent at the Auchan and Simply members throughout Italy will be paid a stamp useful for collecting points to then grab one of the many objects of desire for thousands and thousands of fans.

There is time until December 8th! 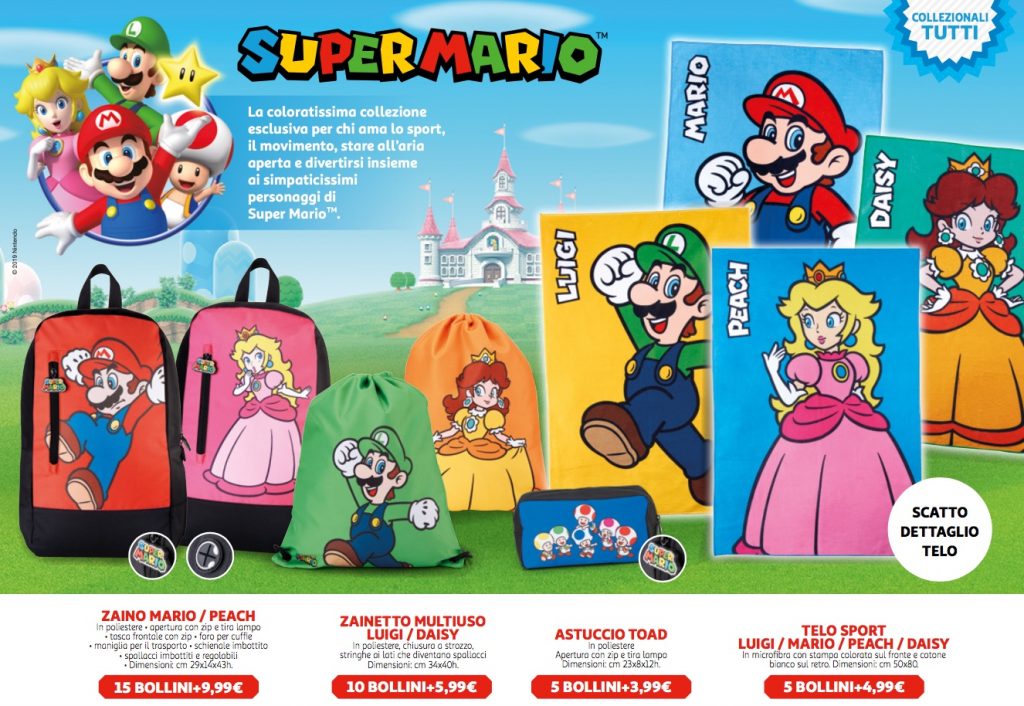