The companies plan to co-invest in the production of Doctor Space, the brand-new TV series and IP initiated by Little Airplane.

The team behind “Doctor Space” is impressive: The pilot was written by Emmy Award- winning creator/writer/composer Billy Lopez (“Welcome To The Wayne”, “The Wonder Pets”) and the show’s educational curriculum was written by Beth Richman, Ed.M. (“Super Wings”).  “Doctor Space” is the first new series that was created by Josh Selig since his New York-based studio, Little Airplane, was acquired by Studio 100.

Josh Selig, CEO of Little Airplane, says, “I’m thrilled to be reconnecting with Billy Lopez. He’s absolutely the funniest writer I know, and ‘Doctor Space’ is the first comedy we’ve worked closely on together since ‘The Wonder Pets!’.  I’m really excited to see the show come to life with great partners like Fantawild and Studio 100 Media.”

Martin Krieger, CEO of Studio 100 Media, comments, “For me, ‘Doctor Space’ is one of the most hilarious, whacky and witty show concepts that I have seen lately. Collaborating with the brilliant teams of Fantawild and Little Airplane on the series and IP will be extraordinary.”

Daisy Shang, Executive President of Fantawild Holdings Inc. & General Manager of Fantawild Animation Inc., says, “’Doctor Space’ is full of imagination and humor, and it has great potential to become a phenomenal space-themed hit among kids in China and all over the world.  We’re very excited to be teaming up with our friends from Studio 100 and Little Airplane to co-develop this show.”

“Doctor Space” follows the misadventures of Doctor Space, a brilliant 9-year-old doctor who runs Healox, the galaxy’s first and only floating alien emergency room. Here, Doctor Space and his oddball ER team treat a wide range of bizarre alien ailments, such as Two-Headed Typhus, which causes its victims to grow a second head that won’t stop digressing. (Doctor Space also developed the universe’s first holographic bottom-sling to help a teenaged Pythagor who sprained his behind whilst surfing the Milky Way.)  Every episode is filled with raucous and non-stop alien medical ridiculousness.  Doctor Space relies heavily on his friend and business partner, Azod, a 10-year-old girl who keeps Doctor Space and Healox from falling apart each day.

“Doctor Space” is an animated comedy (52 x 11min) for 4 – 7 year-old kids and has a “soft” educational curriculum with a focus on “Learning Through Trial and Error” and “Helping Others.”   The series will be introduced at MIPJunior and MIPCOM. 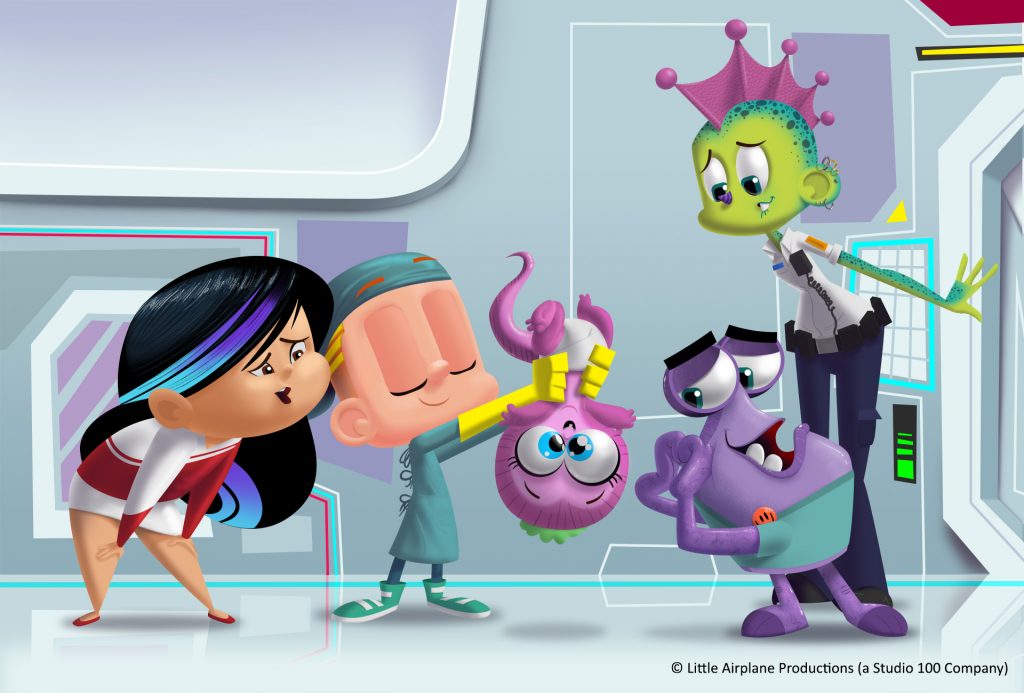