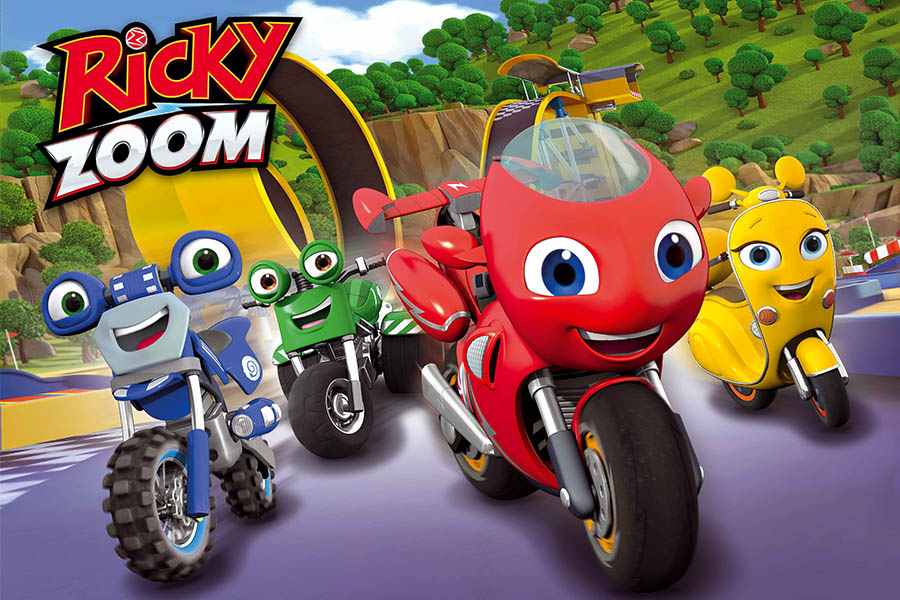 Tags from the story: Channel 5, Entertainment One, Milkshake!, Nick Jr.

New preschool property Ricky Zoom continues to zip around the globe at lightning speed and races onto UK screens.

Ricky Zoom will debut on October 5th on Nick Jr. before zooming over to Milkshake! in May 2020.

“The UK is an integral part of the international rollout of Ricky Zoom,” said eOne’s Monica Candiani, EVP International Content Sales, Family & Brands. “Nick Jr. and Milkshake! have been our partners for 15 years with Peppa Pig and 10 years of Ben & Holly’s Little Kingdom and have a strong reputation for delivering top-tier programming in this crucial market. These new broadcast partnerships reflect our commitment to reaching audiences on the very best platforms and we’re confident that the show’s themes of vehicles, adventure and teamwork will resonate strongly with British preschoolers.”