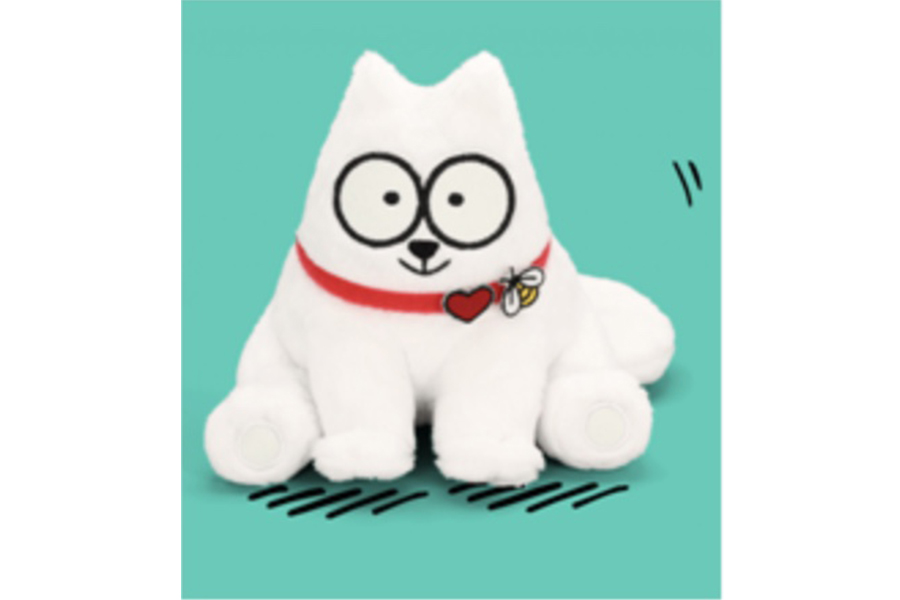 Available for pre-order, the Simon’s Cat Plush with Teespring, is based on the lovable white cat featured in the popular digital series. The limited edition plush is made from premium materials and comes with its own customizable collar.

The release of the Plushie follows the news at the end of last year announcing the launch of the Simon’s Cat Merch Shelf feature on YouTube with Teespring.

Jane Smith, Group Director, Brand Licensing & Gaming, Endemol Shine Group, said, “We are already seeing strong pre-order numbers for the Plushie which is a must-have for any Simon’s Cat fan. Strong, iconic products such as these are really key to satisfying the demand from the ever-growing international audience.”

Simon’s Cat features the hilarious antics of a mischievous white cat and his long-suffering owner Simon. Simon’s Cat was created by award-winning illustrator, animator and director Simon Tofield. First seen on YouTube in 2008, the series celebrates its now a worldwide phenomenon, entertaining audiences in over 100 countries.

The Simon’s Cat brand enjoys success across multiple categories including gaming, publishing and apparel. There have been more than 80 million digital sticker downloads and in excess of 16 million mobile gaming downloads with further titles in development for 2019. The brand has over 6.5 million fans on Facebook, 1.9 million followers on Instagram, and more than 1 billion views on YouTube.