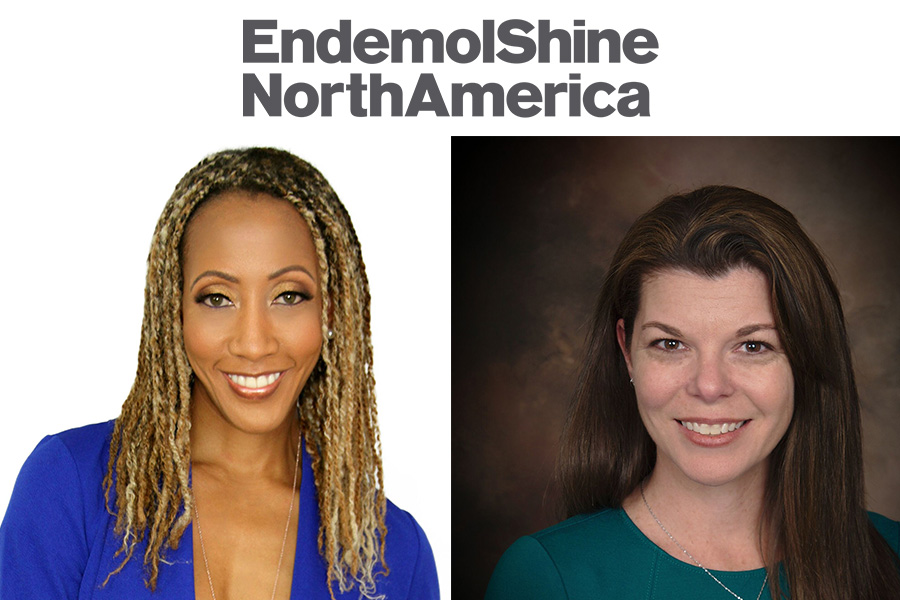 In her new role, Sheppo will be responsible for the development of creative licensing partnerships and live events, while overseeing product development around the company’s non-scripted and scripted series in North America. Sheppo will also work closely with Endemol Shine Group’s Brand Licensing team to develop licensing opportunities for the company’s top series globally.

Sheppo takes over leadership of Endemol Shine North America’s licensing team from Tamaya Petteway, who has served as the studio’s Senior Vice President of Brand and Licensing Partnerships since June 2015.

In accord to the new executive moves, Petteway will now serve as Senior Vice President, Brand Partnerships, where she will be primarily focused on the studio’s expanding brand partnerships efforts for Endemol Shine North America series such as “MasterChef” and “MasterChef Junior” (FOX), “Extreme Makeover: Home Edition” (HGTV), “The Biggest Loser” (USA), “Deal or No Deal” (CNBC) and “LEGO Masters” (FOX).

“Amber brings a wealth of licensing experience from across the TV industry to our team here at Endemol Shine North America,” says Samek. “In her new role, Amber will not only be leading all of our licensing development and partnerships here in North America, but she’ll also be working closely with the team at our parent company Endemol Shine Group looking to create global licensing partnerships across all of our top series.”

Samek added, “We have had a lot of success developing meaningful partnerships with major brands across many of our shows and we’re thrilled that Tamaya will continue leading our expanded efforts in this space going forward.”

Jane Smith, Group Director, Brand Licensing & Gaming, Endemol Shine Group, stated, “Bringing Amber into the team underlines our commitment to building a truly global brand licensing business across our great IP portfolio. We have a strong network of licensing teams across the world and by working ever more closely together can unlock further value and opportunities for our brands. Amber will be a key member of this team, bringing experience and insight of both the U.S. and international markets to our business.”

“I am thrilled to be joining the Endemol Shine family,” Sheppo said. “I am looking forward to extending the reach of the many beloved scripted and non-scripted programs in our portfolio through unique products and experiences, as well as working with our talented teams around the world to build a truly global licensing division.”

Petteway added, “I am incredibly proud of the outstanding breadth of licensing programs our team has developed and successfully launched under my leadership, and now with Amber’s expertise and skill set at the helm, I look forward to seeing that success continue. And, with many new and returning series like ‘Extreme Makeover’ and ‘The Biggest Loser’ generating significant buzz and attracting attention from top consumer brands, I’m excited to focus my efforts on growing our brand partnerships team, developing compelling brand programs and generating additional revenues for the company.”

Prior to joining Endemol Shine North America, Sheppo served as Vice President, International Licensing at 20th Century Fox, where she built international consumer products programs across FOX’s top film and TV titles including “The Simpsons,” as well as classic’s such as “Romeo & Juliet” and “The Devil Wears Prada.”

Previously Sheppo served as Senior Director, International Consumer Products & Marketing for Saban Brands, spearheading the international licensing business for the company. She helped grow Saban properties such as “Power Rangers” and “Paul Frank” into leading global brands in entertainment and lifestyle categories. Sheppo also managed all international licensing agents for the properties and executed all consumer and trade marketing initiatives across all brands.

Before joining Saban, Sheppo held various positions in marketing at Cookie Jar Entertainment, where she managed brand identity for popular titles including “Caillou,” “Johnny Test,” “Arthur and The Doodlebops.” And Sheppo spent four years at Nelvana Entertainment, working with brands including “Babar,” “Beyblade,” “Franklin” and “Max & Ruby.” She got her start working in programming and scheduling strategy at Kids’ WB! for popular hits such as “Pokemon,” “Batman Beyond,” “Pinky & the Brain” and “Jackie Chan Adventures.”

Petteway, who has served as Endemol Shine North America’s Senior Vice President of Brand and Licensing Partnerships for the last four years, has developed numerous successful partnerships across both disciplines for the studio.

On the licensing front, Petteway helped make “MasterChef” and “MasterChef Junior” two of the most successful brands in the industry—launching such initiatives as the upcoming MasterChef Junior Live Tour with TCG Entertainment, Camp MasterChef with Campus Cerdanya, Cooking with MasterChef interactive online cooking classes with Bluprint.com, MasterChef Cruises (with Holland America) and MasterChef Junior cooking sets with Wicked Cool Toys.

Before joining Universal Music Group, Petteway spent eight years at CORE Media’s 19 Entertainment, including her last role as Vice President, Brand Partnerships. There she oversaw development, production and the execution of branded partnerships, marketing integrations and sponsorships across 19 Entertainment’s properties with a focus on top musical artists and leading TV shows including American Idol and So You Think You Can Dance.

← CONTRA AND BOMBERMAN BOARD GAMES THE VERY HUNGRY CATERPILLAR →