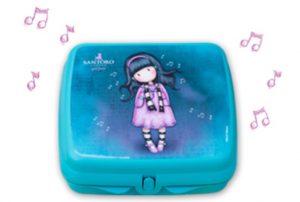 Santoro is pleased to announce the signing of Pimchou as a new licensee for Gorjuss arts and crafts products in France for launch later this year. 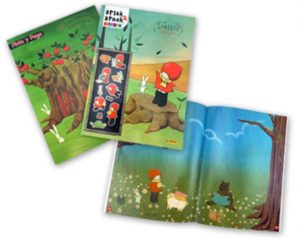 Santoro has inked a deal with Chanos for Gorjuss umbrellas in Greece.

A collection of ABS suitcases has been launched by Santoro’s Gorjuss licensee Joumma Bags in Spain, featuring Little Red Riding Hood and The Secret.

Italian retailer Cartoidea Jesolo has opened a seasonal store dedicated to Santoro’s Gorjuss and Mirabelle collections, open from May to October in Venice.