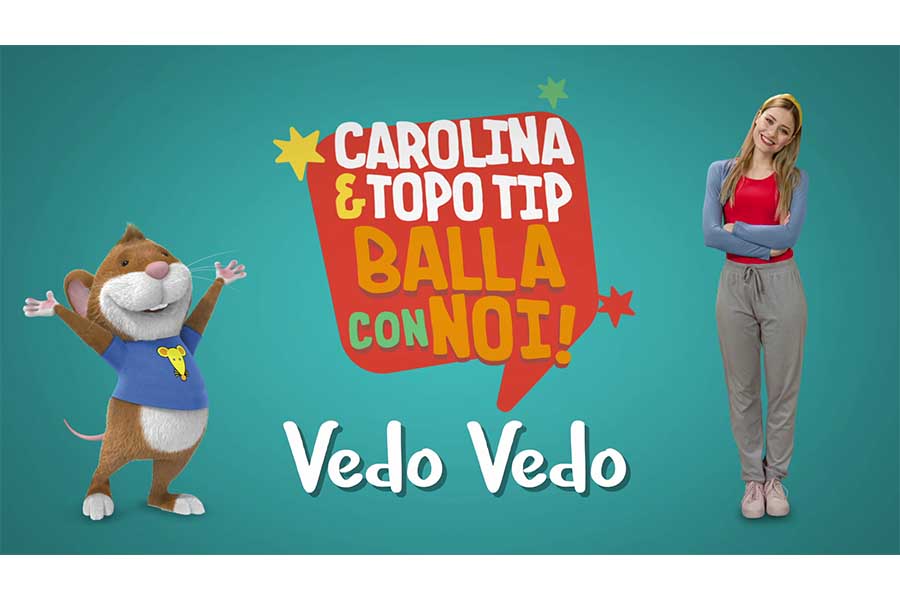 CAROLINA & TIP THE MOUSE: DANCE WITH US!

Dance with us – A collaboration of over 8 million views

The videos, published on the channel CarolinaBenvengaVevo from May 31, 2019, in a few weeks have exceeded 8 million views, confirming the project as the favorite of preschoolers for summer 2019!

The project also triggered the #carolinaetipchallenge, a challenge on Instagram that involved mothers, fathers and children from all over Italy in the reinterpretation of choreography of baby dance.

Carolina Benvenga and Tip the Mouse will soon be involved in a tour promoted by Publievent that will see them guests in shopping malls. Together they will perform the choreography of the videos, involving the children present. There will also be a space dedicated to signing copies of the CD, which will be released on September 6.

The series of Tip the Mouse, produced in co-production with M4e, Giunti, Studio Campedelli and RAI, aired every day and distributed in over 100 countries worldwide, will arrive with a third season by 2019.