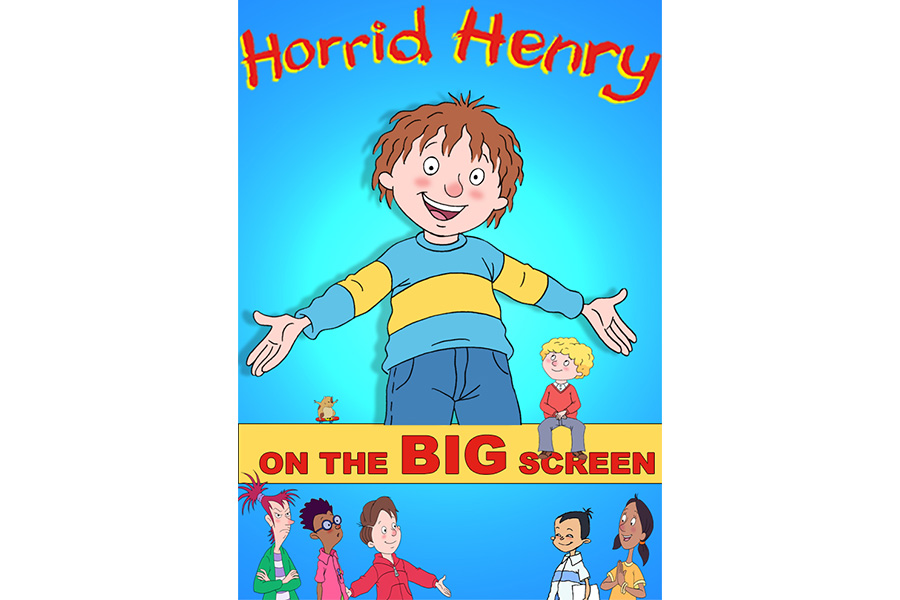 A brand new special compilation of episodes of Novel Entertainment’s award-winning animated show Horrid Henry will screen in cinemas across the UK and Ireland from 23 August following a deal secured with Vue Entertainment.

Tickets go on sale this week for the special (1 hour 4 minutes) which is directed by Hilary Audus and Dave Unwin and produced by Novel Entertainment’s Lucinda Whiteley and Mike Watts.

Calling all loyal members of the Purple Hand Gang, are you ready to rock?!  Horrid Henry’s back in style on the Vue big screen, with a fantastically brilliant special compilation of favourite episodes, brand new music videos and all round horrid fun.  So pack up your air guitar and come and join Henry and his friends, family (and enemies) for the best and most horrid entertainment ever, tee hee!!

Featuring the best and most horrid of stories, HORRID HENRY AND THE BIG SCREEN sees Henry setting off on a vile vacation (will he ever get rid of old bogey brain next door?), becoming King Henry the Horrible and liking it too much, getting a new titanic TV, becoming a grown up (but not for long) and, can you believe it, trying to go to school! Noooooo!  Plus brand new videos and songs; My Song, Born To Be Rude, Wanna Be Me and Too Cool For School.  How horrid is that?!!

This is the latest incarnation of Novel’s four-time BAFTA-nominated Horrid Henry, which is one of the biggest children’s animated shows ever in the UK. The fifth season is currently on air in the UK and the brand has expanded to include film, stage, radio and online extensions, as well as being at the heart of a successful licensing and merchandising programme.