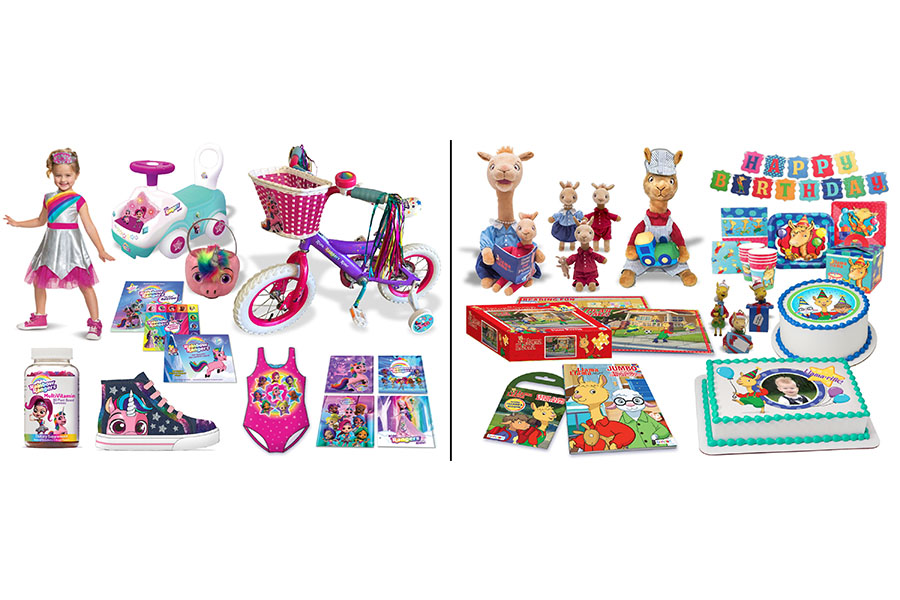 Genius Brands International, Inc. enters next significant phase of growth with launch of branded merchandise at retail for Rainbow Rangers and Llama Llama

Genius Brands International, Inc., the global brand management company that creates and licenses multimedia entertainment content for children, announces that it is has entered the next phase of its growth, expanding beyond content development, production and distribution into product merchandising, as licensed consumer products tied to the Company’s two hit flagship series, Rainbow Rangers and Llama Llama, begin to hit shelves in Q3 and Q4 2019.

In 2019 through 2020, Genius Brands plans to debut over 450 SKUs of branded merchandise combined for Rainbow Rangers, which currently airs on Nickelodeon’s Nick Jr, and Llama Llama, available on Netflix.

The first products from the extensive Rainbow Rangers program began rolling out this month, including

In September, the Company will unveil Halloween costumes from Disguise at Walmart, Party City and online retailers; and a Halloween retail program with Rainbow Rangers’ costumes will be available in approximately 1,200 Spirit stores. Additional Rainbow Rangers’ products planned to launch this year include stationery items from Inkology, all-natural chewable vitamins from Integrity Vitamins and more.

Genius Brands has already debuted a range of products for Llama Llama, including

In Q3 and Q4, additional Llama Llama branded products will debut at retail, including books from Scholastic; Halloween costumes at Halloween.com/Fun.com, the largest online purveyor of costumes; holiday ornaments from Kurt Adler; and holiday plush from Cuddle Barn.

“Given the success of Rainbow Rangers and Llama Lama, I am pleased to report we are now transitioning into the next phase of our growth, which includes product merchandising around these two hit series,”  said Andy Heyward, CEO of Genius Brands International. “Our goal from the start, which I have communicated often over the past few years, has been to leverage our content strategy into product merchandising, and we are achieving that goal now, as planned, with nearly every conceivable consumer product category licensed for Rainbow Rangers and Llama Llama.  Moreover, our partners are among the top manufacturers, from toys by Mattel, to vitamins by Integrity Vitamins, to bikes by Dynacraft and apparel by Bentex.  In total, we have over 450 licensed SKUs for Rainbow Rangers and Llama Llama scheduled to come to market over the next twelve months, as well as a planned nationwide live tour for Rainbow Rangers from  Gershwin Entertainment that will debut in Bentonville, Arkansas. We look forward to providing further updates as future products hit the market.”

← OPENS IN TORINO THE FIRST TEMPORARY STORE BY SMEMORANDA LEOLANDIA, THE MOST LOVED THEME PARK IN ITALY ACCORDING TO TRIPADVISOR →