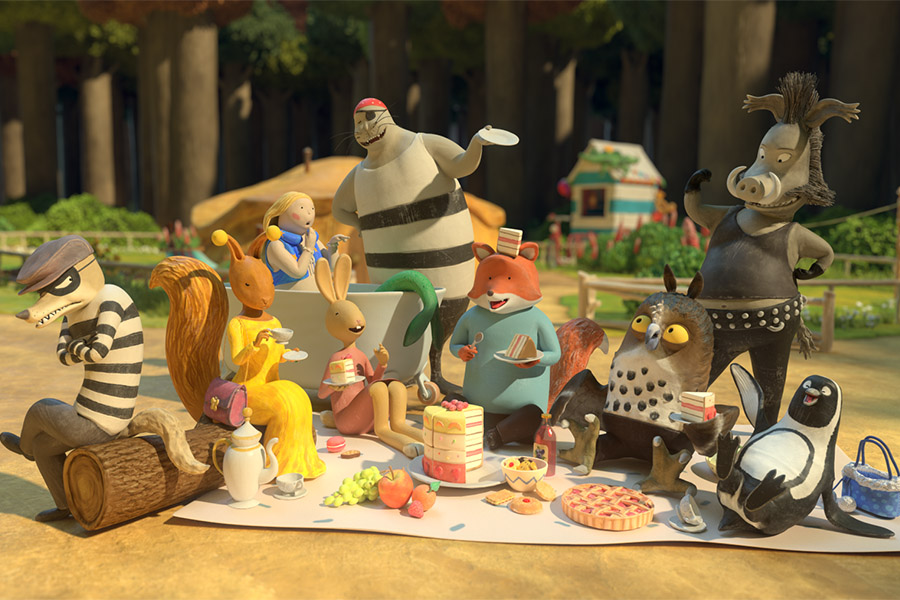 APC Kids, the children’s entertainment division of leading co-production and distribution company APC Studios, has secured a raft of sales for its animated property Fox & Hare

Based on popular forest fables and aimed at children aged 4-7, Fox & Hare is directed by Mascha Halberstad and Tom van Gestel, and produced by Submarine in the Netherlands, Walking the Dog in Belgium and Doghouse Films in Luxembourg.

DR in Denmark, RTHK in Hong Kong and Piwi+ in France have all picked up the show which is commissioned by Ketnet in Belgium and KRO- NCRV in The Netherlands. Fox & Hare has also presold to RTBF Belgium, YLE Finland, RUV Iceland, ERR Estonia and TVP Poland.

Follow the bright and cheerful adventures of the most unexpected forest friends imaginable in Fox & Hare, a humorous and imaginative animated series adapted from the eponymous book series by Sylvia Vanden Heede and Thé Tjong Khing, published in over 10 countries by Lannoo Publishers. Fox has a taste for the finer things in life, while his best pal Hare is rather more responsible and gentle. They come up against problems of all shapes and sizes, along with the rest of the animals in the neighbourhood. There’s a sweet, innocent Owl, headstrong Tusk, Ping Wing the penguin and many more. With a little hard work, a lot of imagination, and the closest of friendships, they’re sure to get there in the end!

Lionel Marty, Managing Director of APC Kids says: “The mix of clay and 3D animation in Fox & Hare creates a series with a distinctive look and feel. Combined with the universal theme of friendship and community, we are delighted that new global broadcasters are partnering with us to bring audiences into the world of this fun new show.“

← AURORA WORLD HAILS LAUNCH OF YOOHOO TO THE RESCUE IN RUSSIA DINOSAUR TRAIN IN EUROPE, MIDDLE EAST AND NORTH AFRICA →