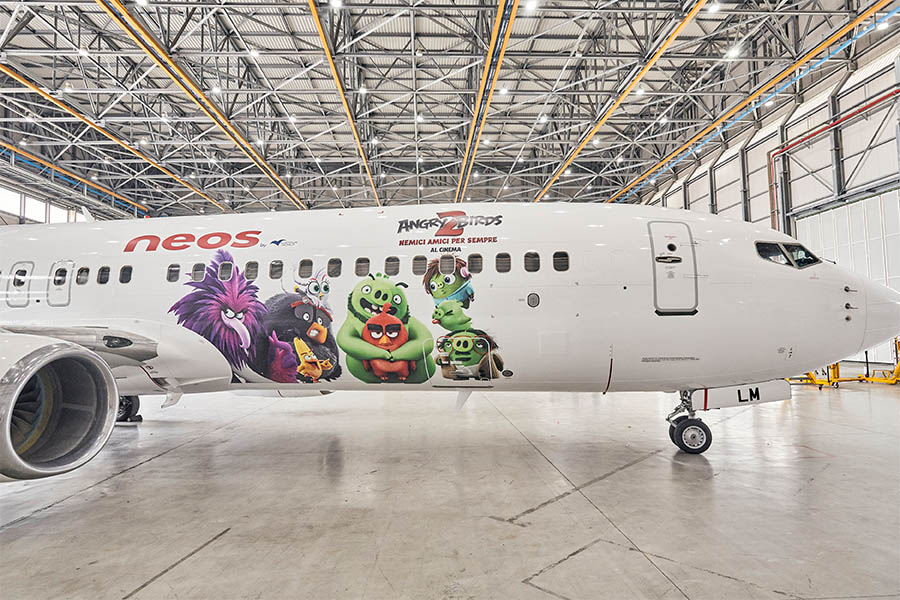 This summer sees the arrival of some delightful new travel companions for Neos, the leisure airline owned by the Alpitour Group

Angry Birds – the stars of cinema, toys, promotions, their own games and much, much more – will actually take flight over the next few months aboard a 737 that has been personalized just for them!

This initiative is the latest project in the successful partnership between the Alpitour Group and Angry Birds, which was launched last winter. These two major names in their fields had already enjoyed an exclusive collaboration focused on Italian travel and travelers. Now, there’s another ‘first’ on the horizon: Neos will be the first Italian airline to have personalized Angry Birds livery, a riot of colors and fun character images inspired by forthcoming film The Angry Birds Movie 2.

Yes, for the next few months, delighted travelers will be welcomed on the runway by the cheeky and charming stars, who will be greeting passengers – from the side of the plane!

The Neos airplane certainly won’t go unnoticed as the Angry Birds take flight to some of the most splendid summer destinations. They include Italy, the Canary Islands, the Balearic Islands, Israel, and Egypt – and in all of them Alpitour has many special offerings for holidaymakers, including the AlpiClub Famiglia where Red and other Angry Birds friends will be on hand to entertain guests with a variety of activities during their stay.

“Neos is continuously working to innovate,” says Aldo Sarnataro, CEO of Neos, “as evidenced by our young, cutting-edge fleet, the many services on board, a wide range of destinations to explore, and custom initiatives and collaborations that reflect the airline’s lively, dynamic philosophy. Angry Birds is perfectly in line with our bolder, cheekier side, and we are thrilled to have the characters aboard as we await the release of the latest Angry Birds film, The Angry Birds Movie 2.”

Neos’ new livery is also a handy reminder that The Angry Birds Movie 2 is imminent. Due to be released in theatres in Italy on 12 September and produced by Sony Pictures Animation in collaboration with Rovio Entertainment, this is one of the most anticipated film releases of 2019.

“We like all our partnerships to have a strong connection with our movies, so the idea of letting the Angry Birds fly made perfect sense”, says Domenico Ravaioli, Promotions Manager at Sony Pictures. “The Alpitour Group is the leading company in its field, with an excellent understanding of communication. It is a great pleasure and privilege for Sony Pictures to be part of this amazing project alongside Alpitour.”

This new stage in the successful partnership between  the Alpitour Group and Angry Birds was made possible thanks once again to the work of Maurizio Distefano Licensing, an Italian leader in the licensing industry, which helped bring together Rovio Entertainment and the Alpitour Group.

“We are thrilled to be in a partnership with such a reputable tour operator,” says Magdalena Biernat-Heikkinen, Licensing Director at Rovio. “We have been given this fantastic opportunity for the Angry Birds to fly to as many Alpitour’s holiday destinations as possible, to entertain fans and bring excitement to all. Italy is a fantastic market for the Angry Birds brand, and as we see, it is not only driven by fashion, but also by bringing families together and offering the great holiday experiences supplied by Alpitour. We are honored to be part of it.”

Maurizio Distefano, President, MDL, says: “This agreement not only ensures a treat for travelers but is a superb platform for Alpitour’s wonderful offering, for the excellent Neos fleet and, of course, for the Angry Birds themselves just before their major new movie hits Italian screens. We’re delighted to be involved in a partnership that will see the Angry Birds quite literally reach for the sky!” 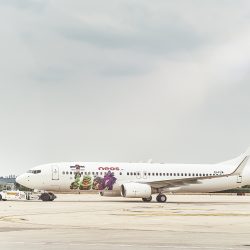 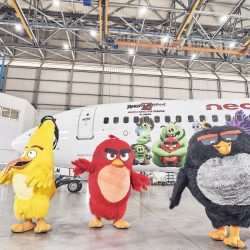