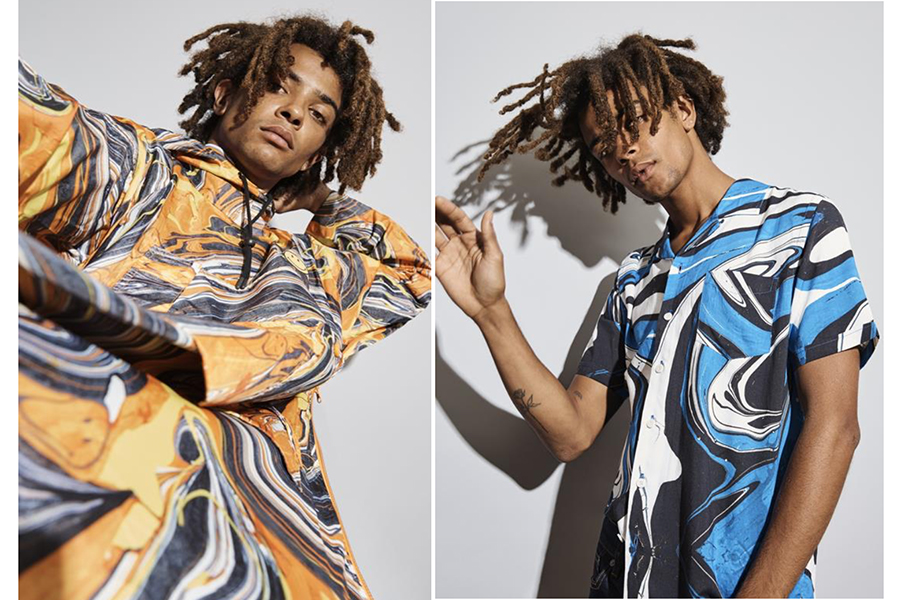 SMILEY AND PRETTY GREEN TOGETHER FOR ‘SUMMER OF LOVE’ RANGE

For over 50 years Smiley has been considered to be a huge part of music culture. Linked to festivals, artists and DJ’s, Smiley has become a world renowned icon in the industry. Celebrating the iconic Smiley face’s part in music history inspired this collaboration. Launching at the beginning of the UK summer festival season, it’s a collection that celebrates fun, freedom and imagination.

Pat Salter, Creative Director at Pretty Green spoke about the collection saying, “These vibrant visions were dreamt up in the small hours of a sleep-deprived morning. The soul of the collection was influenced by the oil lamp projections that used to be projected over psychedelic bands during music festivals in the 1960s; blending with the soundwaves to create hallucinogenic experiences for those watching.”

The range from Pretty Green is inspired by the heritage of the Smiley within music culture, with 1989’s ‘summer of love’ being another key inspiration for the collection as this was the time music evolved into free parties, raves and house music was a huge part of the UK club scene.

The marble pattern, created exclusively by the design teams for this collection consists of a bright 80’s colour pattern and a hidden warped original Smiley face. This is featured on selected pieces in the collection, with the rest adorned with the iconic embroidered smiley face.

The collection is comprised of 30 pieces, from T-shirt’s, sweatshirts, polo shirts and shirts to shorts, jackets and parkas. The psychedelic lava and smoke all over prints are featured on a lot of the collection, including the cape and backpacks and bucket hats. The range is inclusive, for both men and women, embracing the current unisex streetwear trend.

To promote the launch of the collaborative collection Pretty Green shot a series of festival themed videos, these were teased on social media pre launch to raise awareness of the collection and invite new and existing customers to sign up for notification of the launch. The video shot celebrates festival culture and features a group of 20 somethings wearing the collection.

In Manchester where the flagship store is located, there was a store event promoting the Pretty Green Brand with  #PrettyGreenLive –  a series of music events featuring up and coming DJs and musicians. This included, DJ Graeme Park a pioneer of British house music.

Nicolas Loufrani, CEO of the Smiley Company spoke out about the collection and said “It’s great to collaborate again with Pretty Green. I regularly see very cool people in London, Glastonbury or Ibiza wearing items from our first capsule collection and I am sure this new tribute to the free party movement of the early 90s will be a huge success. The Pretty Green design and marketing teams love Smiley and it clearly reflects through the fantastic execution of the collection, the launch video and the social media campaign. It’s fabulous to work with brands who understand that consumers are looking for 360° activations that tell them am original story and give a great reason to engage with them.”

The collection is now available to purchase from Pretty Green in store and online.