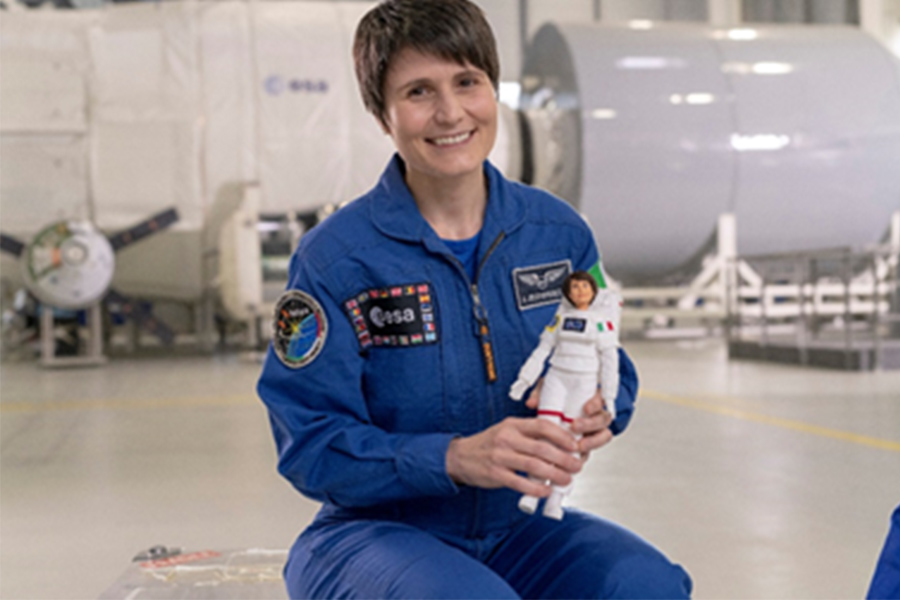 BARBIE AND THE ESA TO INSPIRE NEW GENERATIONS OF GIRLS

Barbie and the European Space Agency launch a new collaboration to inspire girls to become the next generation of astronauts, engineers and astrophysicists

ESA astronaut Samantha Cristoforetti, the only active female astronaut in Europe, was honoured last year as Role Model at the launch of Barbie’s Dream Gap project.

Barbie and the European Space Agency (ESA) continue to work together to inspire girls across Europe to become the next generation of astronauts, engineers and astrophysicists, turning the spotlight on the awards won by Europe’s only active female astronaut, Samantha Cristoforetti, to whom a one-of-a-kind doll with her features was dedicated in 2018.

The 42-year-old Cristoforetti is an aviator, engineer and astronaut and is the first Italian woman to join the European Space Agency team. Cristoforetti hopes that this collaboration with Barbie “will help girls and boys to dream of a future without limits.”

This collaboration is part of Barbie‘s Dream Gap project, a global initiative whose goal is to increase awareness and attention to the factors that currently prevent girls from expressing their full potential.
Research has revealed that from the age of five, most girls begin to self-limit their abilities and doubt their potential: this phenomenon is called Dream Gap. The collaboration highlights the fact that only 15% of astronauts are women and that no woman has ever landed on the moon, so Barbie‘s goal is to bring to attention positive role models that show girls that they can be all they want and help them close the Dream Gap.

As the 50th anniversary of Apollo 11‘s landing on the Moon approaches, a series of new motivational video pills dedicated to parents and girls will be launched to present the collaboration. The videos show Cristoforetti welcoming four girls from Italy, the UK, Germany and France to the European Astronaut Centre in Cologne, Germany, where they had the opportunity to follow the astronaut’s extraordinary daily work and ask her interesting questions. In addition, on Barbie‘s vlog on her YouTube channel, there will be content for children that will highlight the successes achieved by Cristoforetti.

Isabel Ferrer, European Director of Marketing at Barbie says: “We are proud to launch this collaboration with ESA with a specific goal: to inspire girls to become the next generation of astronauts, engineers and astrophysicists. Barbie has always shown girls that they can be anything they want, giving them through play, the opportunity to play different roles and an infinite number of careers, encouraging the imagination and expression of their personality. We know how important it is for girls to have positive reference models and this new collaboration with ESA helps us to raise our goal to astronomical levels.“

Ersilia Vaudo-Scarpetta, ESA’s Chief Diversity Officer, says: “While boys and girls generally achieve the same results in science and mathematics, only a few girls dream of becoming scientists, engineers, or taking up space-related professions. Social and cultural factors play an important role, as does the family’s attitude towards science and the scientific professions. The European Space Agency is strongly committed to increasing the interest of girls in STEM and in particular in careers related to space, because we need different talents to imagine and grow the future in space. We are therefore very proud to launch ESA’s collaboration with Barbie, highlighting role models such as astronauts and encouraging girls to believe in themselves, look up to the sky and dream big.” 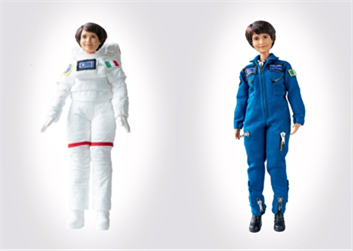