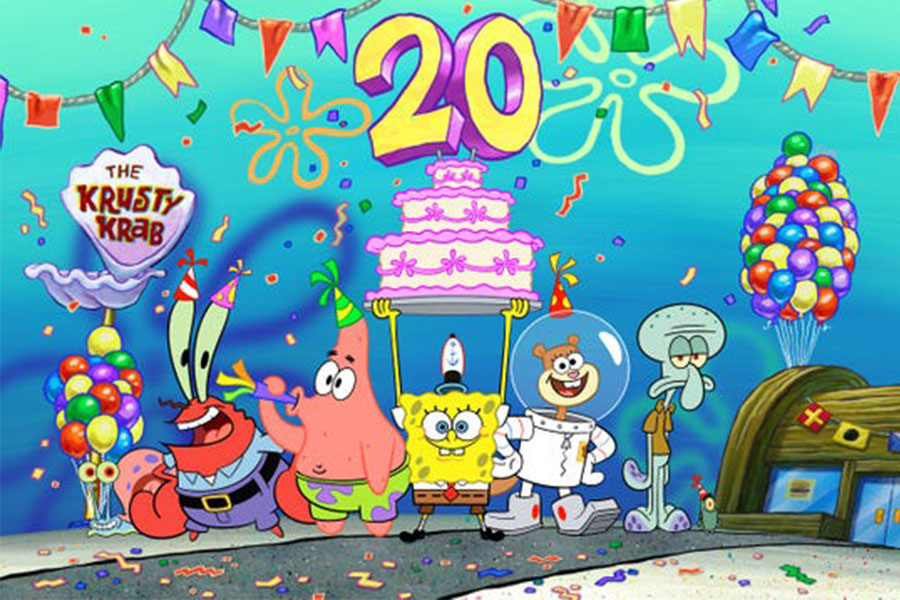 Nickelodeon celebrates 20 years of SpongeBob SquarePants with the “Best Year Ever”, a tribute to one of the most iconic TV series and characters ever created

SpongeBob was launched on July 17, 1999 and in the last 20 years has reigned as the number one animated series for children. But over the years SpongeBob has increasingly established itself as a character and pop icon, loved by all generations, creating a universe of characters, slogans and memes of pop culture, theatrical releases, consumer products, footballing the catwalks of international fashion weeks, winning a Tony award with the Broadway musical and creating a worldwide fan base of over 51 million followers on the dedicated facebook page!

In Italy on Nickelodeon, the Viacom channel that has always been home to SpongeBob, the “Best Year Ever” of the yellow sponge officially started on Saturday 15th June during the Nickelodeon SlimeFest event with a big party! The celebrations could not but continue on Nickelodeon, where Saturday, July 13 at 14:00 will air “SpongeBob, a great birthday party” special unpublished episode of 45 minutes, an original mix of live-action and animation.

It’s SpongeBob’s birthday in “SpongeBob, a great birthday party“, and for the first time we can hear the vocal talent of SpongeBob, Patrick, Mr. Krabs, Sandy, Squidward and Plancton singing along with their historical voice actors. In the nearly one-hour special, Patrick and SpongeBob travel to the surface world, where they meet some familiar characters during rush hour at The Trusty Slab restaurant. Meanwhile, residents of Bikini Bottom have organized a surprise party for SpongeBob.

In the Italian version, the theme song of the episode “SpongeBob, a great birthday party” is played by Matteo Markus Bok, a very young and talented artist who sang the theme song for the first time live on stage at SlimeFest last June 15 in Mirabilandia.

And the festivities continue on Nickelodeon throughout the summer with “Un’estate giallissima” a special program that provides every Saturday at 14.00 a long marathon dedicated each time to a different character of the mythical series, now cult, of Spongebob.

For more information on SpongeBob 20: www.nicktv.it