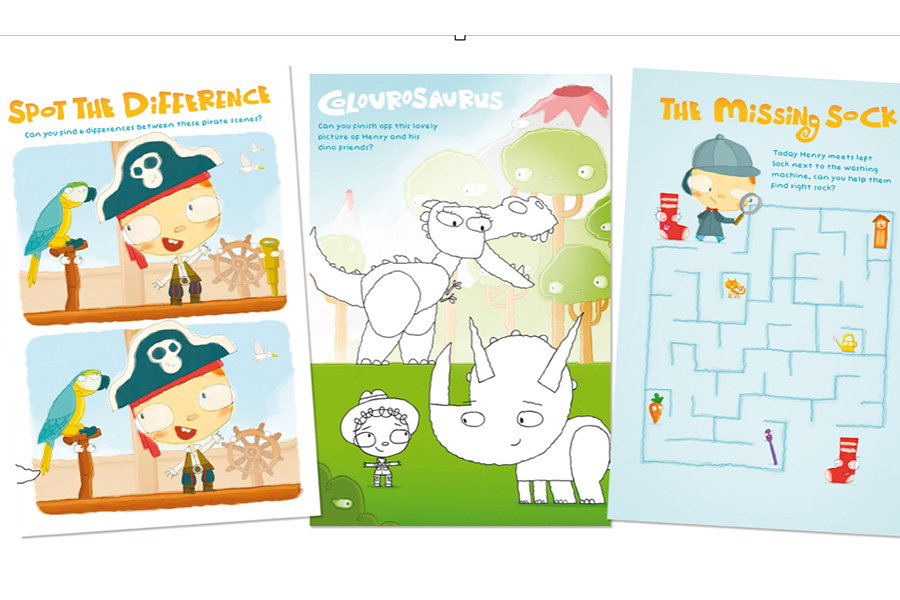 TEASER LAB becomes a licensee in Italy for the highly successful national and international pre-school series Il Giorno in cui Henry Incontrò…? broadcast on RAI YoYo and Nick Jr. in Italy, for the distribution of activity, colouring and sticker books on newsstands. The agreement was defined and signed by Team Entertainment.

TEASER LAB is known for the promotion of Superfoodies, a joint co-marketing operation with Esselunga supermarkets throughout the country, which is enjoying great success, so as to make the cards of TEASER LAB a “must have” among children throughout Italy!

TEASER LAB will launch its first products with Il Giorno in cui Henry Incontrò…? in September 2019.

In addition, LMI has acquired merchandising and licensing rights for the UK and Ireland from Monster Entertainment. Founded in 1982, Licensing Management International (LMI) is a licensing agency with a long history of representing brands such as: Star Wars, NFL, FIFA, British Motor Heritage, Royal Mail, Pepsi and others.

Internationally, the series is broadcast on Pay TV on Nickelodeon in 178 countries and on Free broadcasters such as ABC Australia, TV3 Catalunya Spain, Canal Plus in French Europe and Milkshake! in the UK. On SVOD platforms it is broadcast on BT and Azoomee in the UK, Urania in the Czech Republic, Telefonica in Spain, Youku and IQIYI in China. The 4th series is currently broadcast on RTE in Ireland and will then go on Nick Jr. in 178 countries before switching to Terrestrial TV and SVOD platforms.