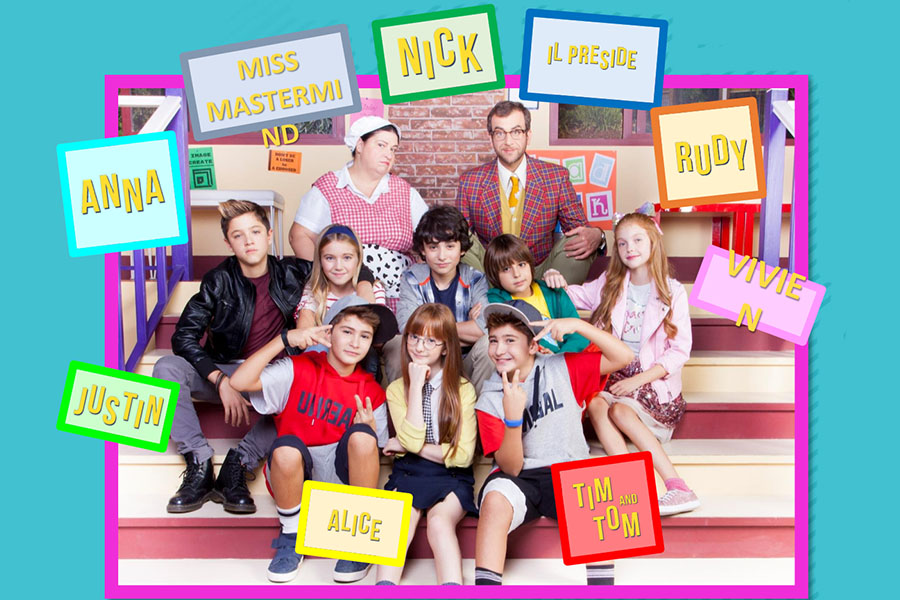 GREENLIGHT FOR THE THIRD SEASON OF THE NEW SCHOOL SERIES

The New School series of FunWood Media is on air on DeAKids and Super!

The New School sitcom was premiered on DeAKids in December 2017. The show immediately attracted a great deal of interest, recording above-average channel ratings.

Regularly on air throughout January 2018, New School had a very positive performance, above the channel average in all broadcasting bands reaching peaks of over 36,000 viewers.

The show had an excellent result of stay with more than 8 minutes of average stay (on 12 min).
In January 2018, New School was the third top show of the month, preceded only by comedy animation classics.

The DeaKids sitcom achieved an optimal positioning, recording excellent ratings on the target kids gender neutral (52% F – 48% M) and ranking among the most viewed shows of the channel from parental level 35-44.

The series is focused on the events of a group of “beginners” of McGaffin International Middle School, an international middle school in which there is an imaginary WC. It is a broken toilet in which the WALL OF CELEBRITIES is kept.

The WALL OF CELEBRITIES is a tiled wall on which are hung the photos of the 12 legends of the school: the most popular students who have made over the years of the enterprises so memorable as to enter the myth! To get on the WALL you have to complete legendary feats and be voted by the other students through an APP: only those who reach A MILLION OF POINTS can have their name on the WALL OF CELEBRITIES.

Important element of the season is the technology that characterizes the new generation between Social Media and App.

The protagonist of the series is Nick, who has just arrived in the middle school with the ambition of having his name written on the Wall of Celebrities. Throughout the year, with the help of his friends, Nick will try to reach his goal but will have to deal with crazy companions, a penniless principal and unpredictable events. At the end of the first season, which ends in the middle of the first year of middle school, Nick loses all his points, but in the last episode he discovers that the toilet hides a great mystery to be discovered.

At McGaffin, the school year’s going on. After a long vacation between one semester and the next, all the students meet up for the resumption of the lessons. Despite losing all his points, Nick pursues his goal by continuing to face challenges to enter the Wall of Celebrities. New characters, friends and foes, will arrive at school disrupting the dynamics between the protagonists.

The first two seasons are composed of 26 episodes of 15′ each. The third season of the series is currently in production.