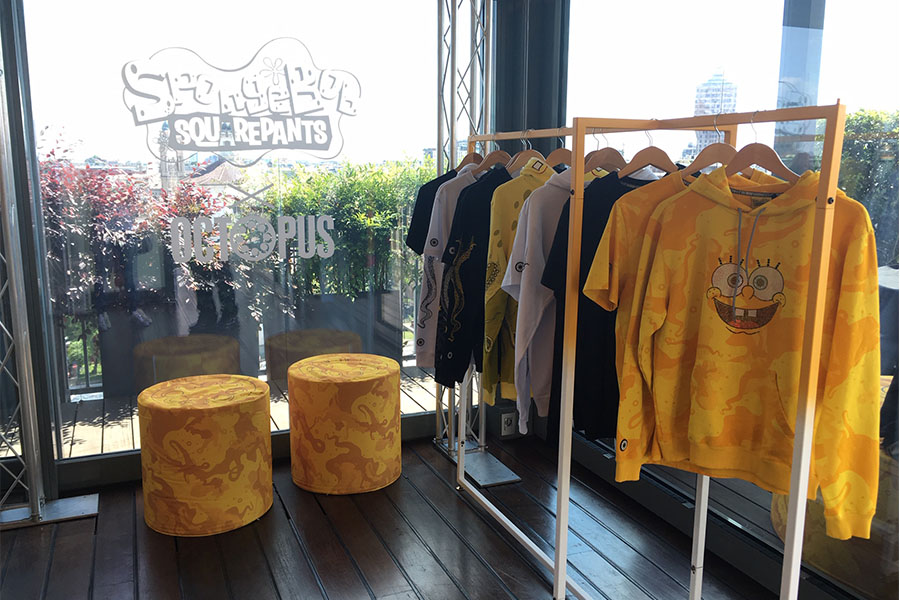 NEW COLLABORATION BETWEEN SPONGEBOB AND OCTOPUS

Octopus presents the new capsule collection “IT’S NOT ABOUT WINNING, IT’A ABOUT FUN” to celebrate 20 years of SpongeBob

On June 24th the capsule collection “It’s not about winning, it’s about fun” by Octopus brand in collaboration with SpongeBob, the yellow sponge by Nickelodeon that has become an international pop icon, will be officially available.

The capsule collection consists of five sweatshirts in different colours, t-shirts and a skateboard and was created to celebrate the 20th anniversary of SpongeBob, which made its television debut in 1999 in America. Over the years SpongeBob has become more and more popular as a character and pop icon, loved by all generations, creating a universe of characters, slogans and mixes of pop culture, theatrical releases, consumer products, footballing the catwalks of international fashion weeks, winning a Tony award with the Broadway musical and creating a worldwide fan base of over 51 million followers on the dedicated facebook page, and is now ready to celebrate his “Best Year Ever“.

Octopus has created this special collection of five items, each unique in its kind, with different processes. Two garments are embellished with Swarovsky crystals, others feature sponge stitch patches with different types of embroidery and dyeing.

The undisputed protagonist of this capsule “It’s not about winning, it’s about fun” is obviously SpongeBob, which is also represented in the special labels of the garments.

This collaboration also marks the return of the typical Octopus “camo” and full zip sweatshirt, already present in another previous special collaboration, that with Madman and Rainbow6.

The Octopus capsule collection for SpongeBob is available in preview at La Rinascente (Milan Duomo), in the Octopus Brand pop-up store, with a showcase that was set up by designer Lucia Andrea Forni. From 24 June, the special capsules will also be available online at octopusbrand.com and at the IUTER Store, in Corso di Porta Ticinese 48, Milano.

Octopus Brand was born in 2006 in Milan from a vision: extremely strong and decorative graphics designed by hand by Giorgio Di Salvo. Conceived to last one season, Octopus has now become – season after season, year after year – an iconic and collectible design. The capsule collection for SpongeBob was designed by Stefano Mariani, designer of Octopus Brand.

SpongeBob is the most loved and known property in the world of Nickelodeon, the brand for children and families Viacom International Media Networks Italia, a company led by A.D. Andrea Castellari.

The animated series SpongeBob is broadcast every day on Nickelodeon, (Sky channel 605).