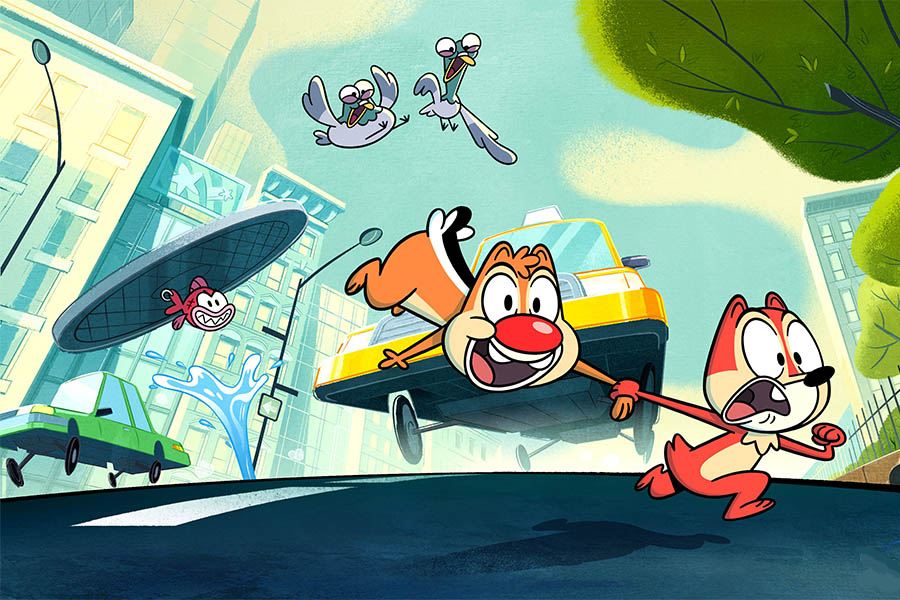 XILAM WITH DISNEY TO PRODUCE CHIP’N’DALE BASED ANIMATED SERIES

Xilam Animation, an independent producer and distributor of animated content, announced signing with Disney to produce an animated series based on Chip’n’Dale, two famous characters from the Disney heritage, for its new streaming platform Disney+

Exciting news have been announced by Disney at the Annecy International Animated Film Festival this week about the upcoming series “Chip ‘n’ Dale”, on which Disney is working with Xilam Animation. The series is for Disney+, the upcoming streaming service.

All aspects of production, including scripting and graphic design, are being handled by Xilam in close collaboration with Disney.

Marc du Pontavice, Chairman and CEO of XILAM says: « we are very proud to have been chosen by Disney to bring back such iconic characters from the prestigious Disney repertoire thanks to the talent of Xilam’s teams. The distribution on the Disney+ platform will also mark a new milestone in Xilam’s penetration of the US market. »

An extract from Disney’s announcement is below:

“It was revealed Chip ‘n’ Dale is currently in production and set for global release as a Disney+ Original. The show is developed by Disney’s London-based animation team in collaboration with Xilam Animation in Paris. The series will be fully produced by Xilam, an award-winning independent production studio known around the world for visual invention and cartoon comedy. The 39 x seven-minute episodes will feature the return of Disney’s much-loved chipmunk troublemakers in a non-verbal, classic style comedy, following the ups and downs of two little creatures livinglife in the big city. Combining a traditional style of animation with contemporary, comedic narratives, Chip ‘n’ Dale is directed by Jean Cayrol and produced by Marc du Pontavice.”