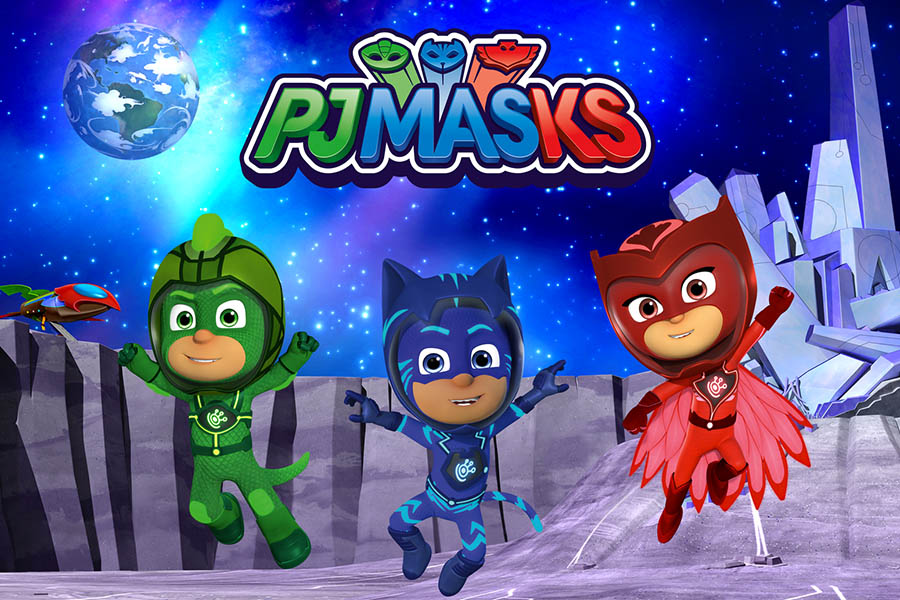 The launch of new titles dedicated to PJ Masks by the publishing house La Coccinella continues: 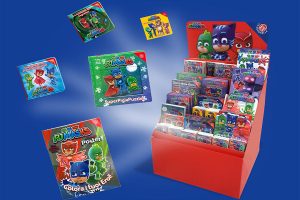 Between May and June there are 5 new titles that enrich the catalogue of PJ Masks: the coloring “Colora i tuoi eroi“, the hardback book “Nuovi poteri. Nuovi amici“, the book-puzzle “SuperPigiaPuzzle” and the two books for the bath “Superpigiamini pronti per il bagnetto” and “É il momento del bagnetto“.

In addition, for the months of June and July La Coccinella has involved over 100 Esselunga superstores in a major promotional operation in support of the books PJ Masks.

On 29 and 30 June another Super Moon Adventure with the PJ Masks will arrive in Naples:

After the great success of the first three events – in Florence, Bolzano and Porto Recanati – the PJ Masks tour in the planetariums of Italy lands in Naples at the prestigious scientific center of Città della Scienza, to celebrate the 50th anniversary of the landing on the moon. 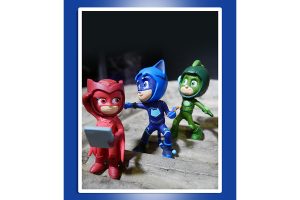 On Saturday 29 and Sunday 30 June, fans of the three brave heroes who are guests of Città della Scienza will be able to watch, directly on the dome of the largest planetarium in Italy, the special screening of two episodes in which the three friends go to the moon for the first time. The projection will be preceded by a lesson to discover the secrets of space, followed by a creative workshops where children can participate and undertake a mission in search of crystals Lunette. A dedicated play area will be ready to welcome them with toys and play sets PJ Masks of Giochi Preziosi, while in the House of Tales the adventures of PJ Masks will come to life with animated readings of the books of La Coccinella. And to satisfy the thirst there will be bottles of Nestlè-Vera mineral water, personalized with the main characters of the animated series. Finally, the presence of the 3 mascots for an exciting live meeting and a souvenir photo is a must.

A gelato for Superpigiamini fans: 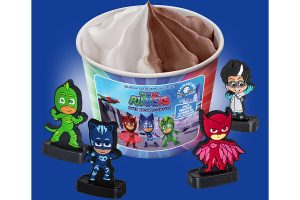 Also for the summer of 2019 Sammontana proposes the PJ Masks gelato cup dedicated to the little friends of the brave trio of heroes. With a personalized “Super Moon Adventure” graphic, the PJ Masks ice cream cup is a tasty snack with a vanilla and cocoa flavour that also contains a nice gift: the 3d miniatures of the PJ Masks and the main characters of the series, all to be collected.

A new DVD celebrates the anniversary of the moon landing with the adventures of PJ Masks: 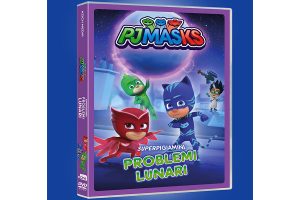 Koch Media also celebrates the 50th anniversary of the moon landing with the new DVD PJ Masks “Problemi Lunari” coming out on July 11. The compilation contains several episodes that see PJ Masks engaged in lunar-themed adventures, struggling with the villains of the night who try as always to complete their evil plans, we find Romeo who creates a laser to engrave his image on the surface of the Moon, Lunette who builds a giant lunar ball to hide stolen toys and many other exciting situations.

← FIND MENTOS, AIRHEADS AND CHUPA CHUPS IN THE 5 SURPRISE MINI BRANDS BY ZURU! OPENS IN TORINO THE FIRST TEMPORARY STORE BY SMEMORANDA →