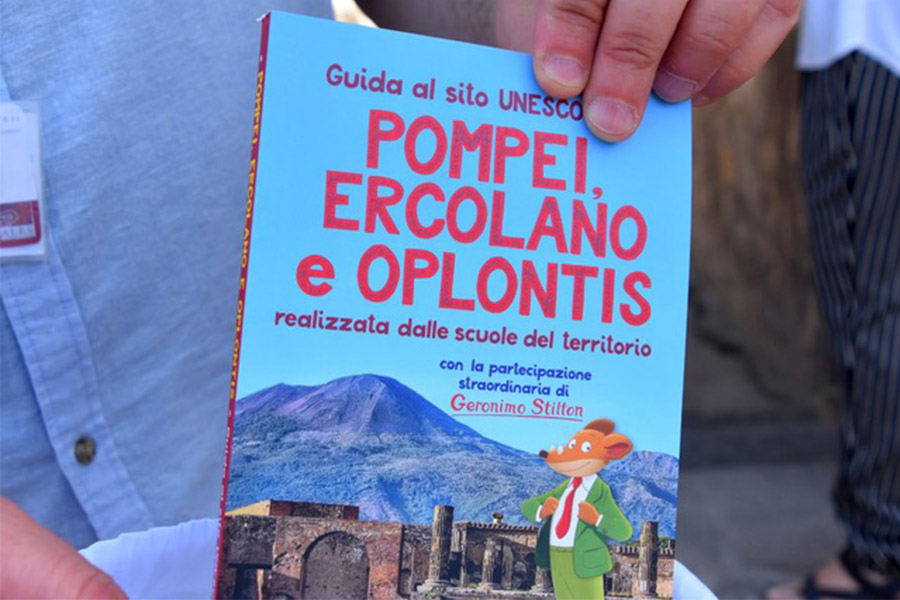 The guide and maps for children of UNESCO SITE 829 “archaeological sites of Pompeii, Herculaneum and Torre Annunziata”

A year after his first visit and after an intense work alongside the students of 12 institutes including Pompeii, Herculaneum, Torre Annunziata, Trecase and Naples, back to the excavations of Pompeii Geronimo Stilton, the mouse journalist most beloved by children around the world, to present the new maps and guide of UNESCO site 829 “Archaeological Areas of Pompeii, Herculaneum, Torre Annunziata”, dedicated to children and young people. 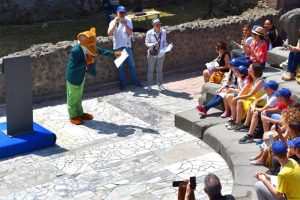 Laura Acampora of the General Secretariat of the Ministry for Cultural Heritage and Activities – Service I, UNESCO Office of Mibac; Elena Pagliuca of the Permanent Observatory of the Historical Centre of Naples – UNESCO site; by Rachele Geraci of Atlantyca, Head of Cultural Events and Relations with Institutions and, of course, by Geronimo Stilton, protagonist and author of the editorial series published in Italy by Edizioni Piemme and in 49 other languages around the world and of the cartoons broadcast on RAI, here present in fur and moustache together with the students and professors of the classes participating in the project.

Geronimo Stilton was the special testimonial of the educational project “Educational itinerary between the sites of Pompeii, Herculaneum, Torre Annunziata, Naples” aimed at young citizens of the UNESCO site, funded by Law 77/2006 (law for “special measures for the protection and use of Italian sites of cultural, landscape and environmental interest, included in the “World Heritage List” placed under the protection of UNESCO).

The project – which took place in collaboration with the Permanent Observatory of the Historical Centre of Naples – UNESCO site – aimed to increase the awareness and sensitivity of young people to the world cultural heritage, including through the observation of conservation and enhancement techniques.

The character of Geronimo Stilton has supported an initiative that is fully in line with the innate curiosity, passion for history and art, as well as that for nature, of the famous Director of the Rodent’s Echo.

The educational project was carried out in collaboration with Atlantyca Entertainment, the Milanese company that manages the international publishing, animation and licensing rights of the character Geronimo Stilton.

The contents of the guide have been produced in full compliance with the Retrospective Statement of Outstanding Universal Value Archaeological Areas of Pompeii, Herculaneum and Torre Annunziata (RSOUV), which is a summary of the reasons behind the UNESCO recognition of exceptional value of the site, so as to combine the description of individual sites, through a more spontaneous language (texts, images and games) and appropriate for children, the UNESCO document.

An innovative aspect of the initiative was the training of teachers, even before the students. From September to January two training courses were held: Heritage Education -Approach to the creation of UNESCO educational laboratories and Deepening of knowledge of the UNESCO site, with the involvement of the directors of major UNESCO sites from all over Italy, who had already had experience in the field of communication for children.

This was followed by educational workshops in the Institutes and visits to the archaeological sites, where the children were supported by specialized operators in order to deepen their knowledge of the cultural heritage, understand the value of uniqueness, the importance of their preservation and transmission of their history. The final result of the workshops was precisely the guide and a map of the 3 sites whose contents the students elaborated, with a direct look and the interest of the young users, and with the original graphic frame of Geronimo Stilton.

The serial site 829, included since 1997 in the list of UNESCO World Heritage, includes three distinct archaeological sites: the ancient cities of Pompeii and Herculaneum, including the Villa dei Misteri and the Villa dei Papiri, and the villas A and B in Torre Annunziata (Oplontis), all buried by the eruption of Vesuvius in 79 AD. The city of Pompeii is the only archaeological site in the world to provide a complete picture of an ancient Roman city with all the public spaces and monuments and its set of domestic buildings, while the portion of ancient Herculaneum brought to light in the last century, due to the different burial conditions from those of Pompeii, preserves in an extraordinary way the houses with their complex of furnishings and organic finds. The splendid frescoed rooms of the Villa of Torre Annunziata, on the other hand, provide a vivid representation of the opulent lifestyle enjoyed by the wealthiest classes at the beginning of the Roman Empire.

Brief description of the project and its objectives

Secondary schools are the protagonists of the project “Itinerario didattico-formativo tra i siti di Pompei, Ercolano, Torre Annunziata Napoli”, for the launch of an educational proposal aimed at young citizens of UNESCO sites, which aims to make local citizens a conscious “community of heritage”, starting from the younger generations and putting them in direct contact, through a specially designed training course, with professional archaeologists, architects and conservators of the Archaeological Parks of the UNESCO site that daily interact with the Heritage.

The project involves middle school children of the municipalities belonging to the territory of the UNESCO site and the buffer zone. Students will participate in workshops aimed at the production of popular materials for their peers and, to support them adequately, their teachers will be involved in a structured training. A further objective is the drafting of the executive project of the Educational Laboratory of the two archaeological parks of the UNESCO site. 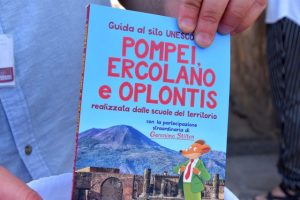 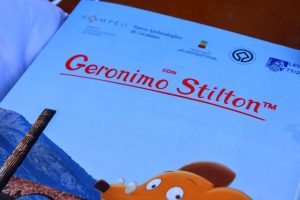 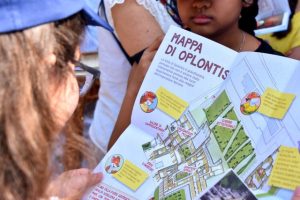 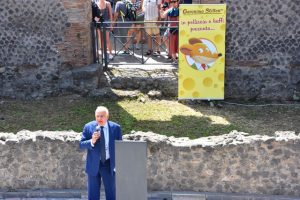 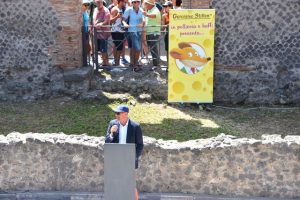 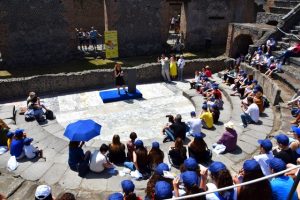