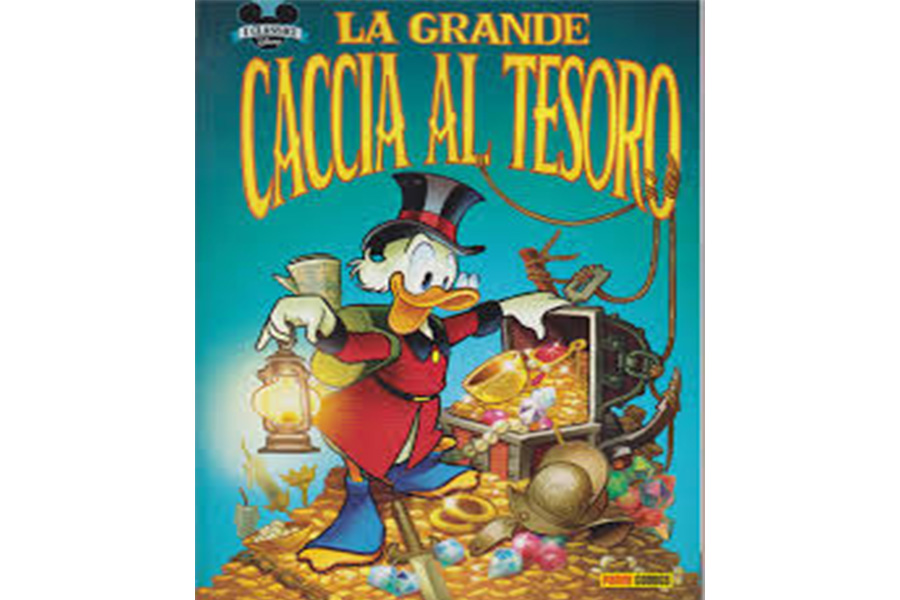 THE SERIES OF BOOKS THE CLASSICS OF DISNEY STARTS AGAIN

In June, DISNEY CLASSICS return to their roots! The iconic magazine, which has delighted Italian Disney fans for more than 60 years, restarts from number 1, changing format and restoring the unpublished story that, in each issue, will accompany and link to the other stories contained in the volume. The protagonist of the first issue will be Uncle Scrooge.

Born as the classics of Walt Disney in 1957, the queen of all the anthological series of the adventures of Mice and Ducks, in fact originally presented the stories collected thematically and linked together by a new story, so as to create a single, great adventure that gave a specific title to the album.

Relaunched in 1977 with a second series that followed the model of the first, in 1992 it became a purely anthological series that took the title of The Disney Classics… until number 510.

Re-acquiring the original formula, the new Disney Classics will present a new story that will link the different adventures collected in the book.

The periodicity of the series will be bi-monthly. The covers will always present an unpublished drawing by Andrea Freccero. The first issue will also be available in the golden Cover Variant Deluxe version for comic books only, which will be previewed during Etna Comics.

The appointment with the number one of the new I CLASSICI DISNEY is in all newsstands and comics from June. Take part also in LA GRANDE CACCIA AL TESORO by Uncle Scrooge!