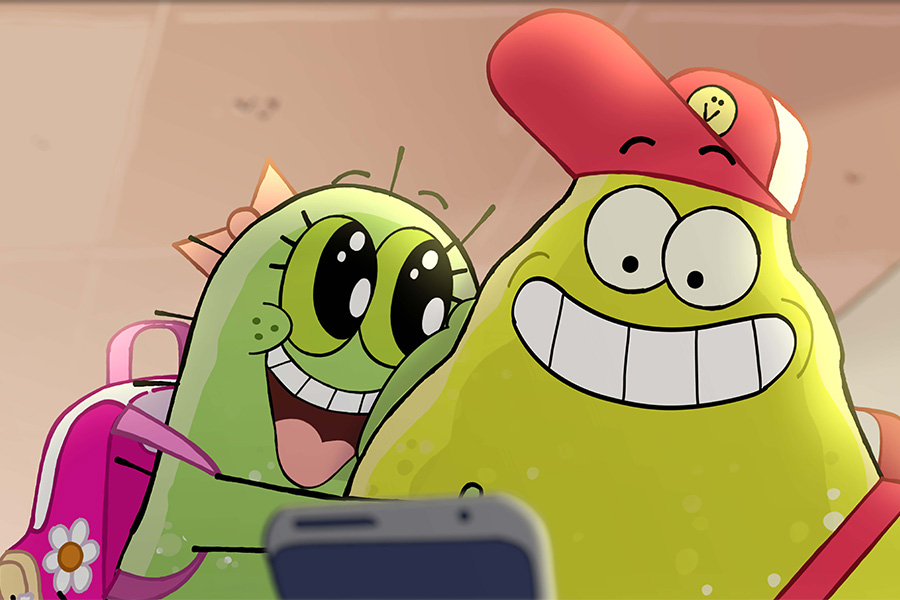 Federation Kids & Family and Planeta Junior have finalized recent deals with NEOX (Atresmedia) in Spain and Tooniverse in Korea, as well as a deal with Kidz a new SVOD joint venture between HOT and Yes (Israel).  NEOX will participate as co-producer of the show in Spain.

Is a genuinely original animated comedy about everyday school kids, their friendships, parents, and efforts to fit in. Except the kids are…amoebas! The series follows the adventures of a twinkie-eating grade school amoeba trying to find his place in a single-cell world.  Set in Small Pond, Squish’s hometown looks suspiciously like an ordinary suburb, with its tidy streets, schools and homes…with just one small difference: Small Pond is inhabited solely by single-celled organisms. They’re mostly like us – with a few unicellular quirks: algae are the cool kids, parasites can’t be trusted and, of course, bacteria always make a mess of everything.