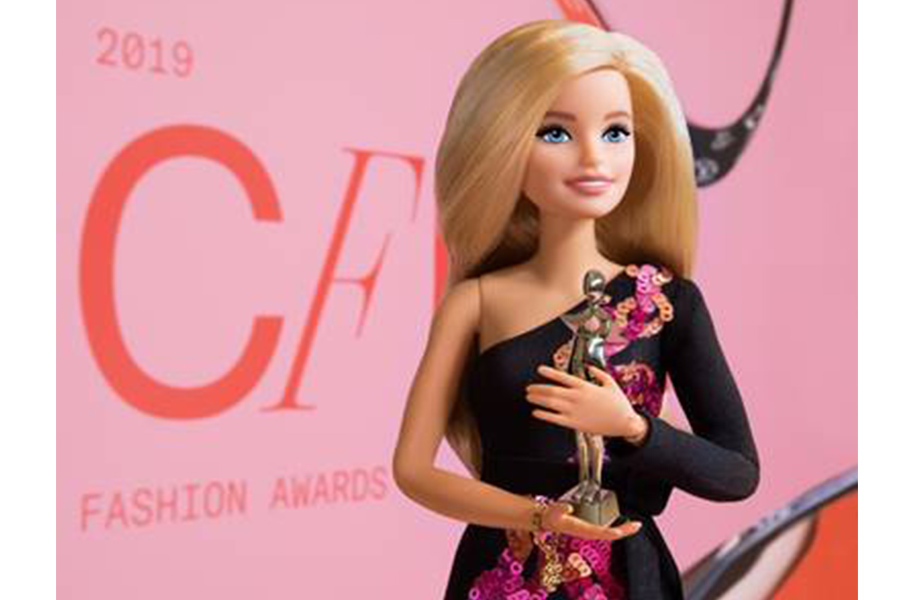 Barbie, the world’s number one fashion doll, received the Board of Directors’ Tribute Award at the CFDA Fashion Awards 2019, the Council of Fashion Designers of America, Inc. (CFDA), a non-profit trade association with nearly 500 of the world’s leading American fashion designers, participating

To mark the 60th anniversary of Barbie, the CFDA Board of Directors dedicated a special award to Barbie to celebrate her influence on American fashion and her role as an inspirational icon around the world. In the past, this prestigious award has been given to First Lady Michelle Obama, Tom Ford, Gloria Steinem, Janelle Monáe, Cecile Richards and Mayor Michael R. Bloomberg, and over the past six decades, Barbie has inspired and been inspired by the fashion world and creative communities.

Barbie has collaborated with over 75 designers and influencers including Gigi Hadid and Jeremy Scott for Moschino. The brand’s first collaboration was with Oscar de la Renta in 1985 and in 2019 CFDA member Bob Mackie collaborated with Barbie on the creation of a collector in 1990. Vera Wang, Diane von Furstenberg, Anna Sui, Zac Posen, Badgley Mischka and Stephen Burrows are among the CFDA members who created special dolls with Barbie.

“Barbie has had such a wide influence on American fashion and culture,” said Steven Kolb, President and CEO of the CFDA. “Her story resonates in a personal way with so many CFDA members that the Board of Directors has decided to honor her with a special award.”

“It is a great honor for Barbie to be recognized by the Board of Directors of the CFDA for her contributions to American fashion. Over the past six decades, Barbie has been inspired and inspired by fashion and the creative community,” said Richard Dickson, President and Chief Operation Officer of Mattel. “Barbie has had the great privilege of working with some of the greatest designers of our time and this award is a time to celebrate her permanent influence.”

← Global Icons has Exhibit at the 2019 Las Vegas Licensing Expo FORTNITE GETS ITS FILL AT THE INTERNATIONAL LICENSING AWARDS 2019! →