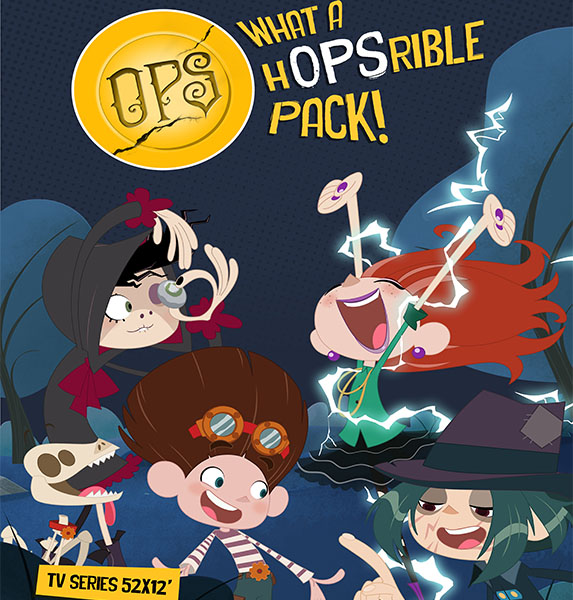 The series was presented in MIPTV 2019 with a very good acceptance and Brands & Rights 360 handles all the rights worldwide, except for Asia which rights are handled by Cosmos Maya

B&R360 as the international distributor, handles all rights for this series worldwide except in Asia, which will be handled by Cosmos Maya. Furthermore, discussions are currently taking place with TV partners to start placing the series on TV. This brand-new series was presented by the company at MIPTV 2019. Potential broadcasters showed enthusiasm for this innovative project, coming from the same producers of comedy animation series ATCHOO. The latter has been sold by B&R360 in more than 15 countries all over the world.

OPS, based on the book series titled Orrendi Per Sempre, created by Aquilino and published by Giunti Editore, narrates the adventures of the Hopsribles, an amazingly irresistible group of friends united by a strange stroke of fate. They are sincere, naive and altruistic and maybe a little strange, but their friendship is something special. Mysterious and cloaked in a veiled halo of terror they take on, head first and always united, the growing pains, the misunderstandings, the practical jokes, the jealousies, the angry fits and the magic moments that make friends – true friends – say “forever”.

The company is confident to close the first TV deals around MIPCOM, due to the quality of the series and the current demand for this type of content, targeting kids six to nine years old, by broadcasters and digital platforms.