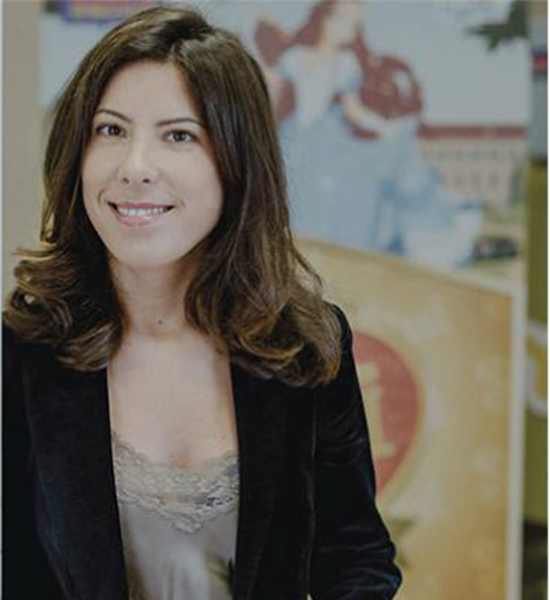 The US market is one of the main focuses of the Mondo TV Group. We asked Valentina La Macchia to tell us more about the Group’s priorities for this year

What are your main goals for the upcoming Las Vegas Licensing Expo?

Las Vegas is an important market for us. It’s the one big get-together in the year that allows us to meet not only American partners, but many international ones. For most of the titles of which we are co-producers we almost always have worldwide distribution. For this reason our aim is, above all, to target North American license holders, and Latin American and Asian licensees.

One of the major new properties we’ll be promoting this time round is MeteoHeroes, the series we produce with the Meteo Expert Center. A 100% Italian project, which has already started production and is fully funded, MeteoHeroes is a TV series of 52 episodes of seven minutes each. The production team includes some of the most respected professionals in animation, notably Andrew Healey, a screenwriter who worked on PJ Masks. With the launch scheduled for late 2020, the times is right to close some of the most important deals that will see product launches in 2021 and 2022.

The series has the highly topical theme of climate change. We know already that this topic is going global, taking up lots of screen time on the world’s televisions – and of course it now involves children like Greta Thunberg and her movement “Fridays for the Future”. Climate change is the topic of the moment and we have the perfect TV series to reflect that. The timing couldn’t be better.

MeteoHeroes will also be an opportunity for our customers to do their bit. With MeteoHeroes we will offer them a chance to take part in this huge global movement.

How do you think this project will be implemented on the American market?

Despite the fact that today in our industry there is no shortage of products dealing with “green” content and promoting the world of recycling and eco-sustainability, MeteoHeroes is the only project that specifically takes on climate change issues. That’s because the Meteo Expert Center (known in Italy as Centro Epson Meteo) is an institute focused in research and development in the field of atmospheric physics and meteorology. We plan, first of all, to show the American market the trailer and a consumer products-oriented video, which together tell the story of the transformation of the six young stars of MeteoHeroes into superheroes. This video is obviously intended to be a starting point for licensees, giving them an idea of what elements of the cartoon they might adapt to product licensing and merchandising.

For us this is an important challenge – but we are sure that the partners will respond positively because are all the elements are in place for a successful franchise.

What are the other properties you are focusing your attention on?

Feisty Pets is certainly an important one for us. This is a line of innovative soft toys created by William Mark Corporation that, with a simple squeeze, change expression from friendly to fierce and funny. They have become an international phenomenon in a very short time. Mondo TV has been designated by Surge Licensing, Master Agent worldwide, as a sub-agent for development of the licensing programme in Italy and the Iberian Peninsula. We have already closed some deals in a number of categories, including board games, publishing (in Italian), stamps, and products for the newsstand world including magazines, colouring books and activity publications. One of the objectives of the upcoming Las Vegas Licensing Expo will therefore be to coordinate with the master agent Surge Licensing to finalize other agreements now in the pipeline for categories like food & confectionery, personal care, clothing and fashion accessories. The Master Toy licensee is Jazwares.

YooHoo is certainly among our most important properties for the near future. The Netflix Original Series YooHoo to the Rescue, co-produced by Mondo TV and Aurora World was launched on 15 March worldwide on Netflix We also have free-to-air agreements in five territories; these are Italy, Spain, Portugal, Poland and Russia.

Together with Aurora we are working to complete a licensing programme that covers all categories. A refreshed plush line has recently been launched with a widespread positioning in the main retail stores of the world.

In summary we are beginning to reap the fruits of the hard work of recent years and at the same time to consolidate our presence on the market. Obviously, we won’t stop there. Las Vegas will be a great showcase at which to look for new projects on which to focus our attention for 2021.