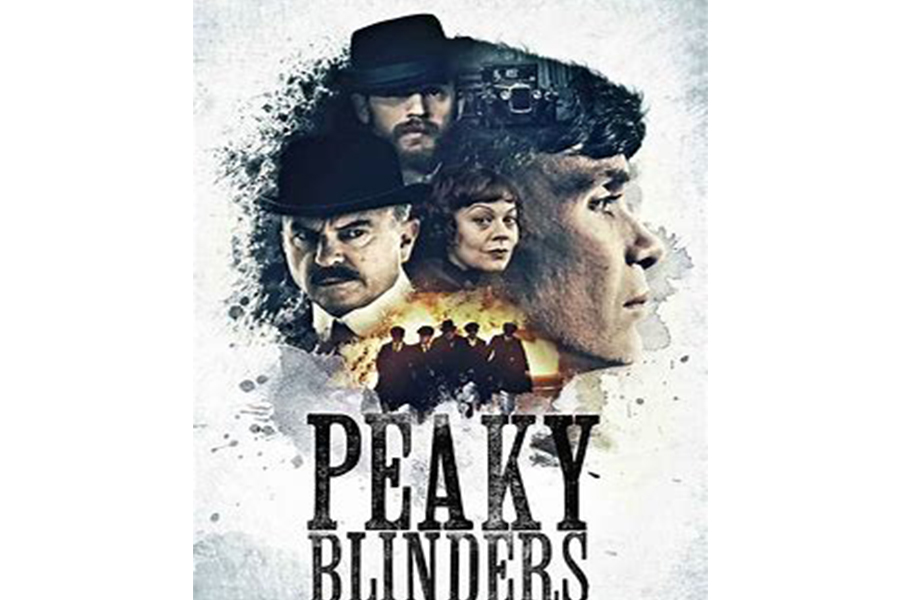 Hit BBC One and Netflix series Peaky Blinders will feature at Endemol Shine North America’s booth [Q226] at this year’s Licensing Expo, as demand for the brand continues to grow globally

Four seasons have aired on BBC and Netflix, with a stellar cast of actors including Cillian Murphy, Helen McCrory, Sam Neil, Tom Hardy, Annabelle Wallis and Adrien Brody. Season five is set to air on BBC One and Netflix later in 2019.

Jane Smith: “Peaky Blinders is a unique show with an incredibly passionate global fanbase. Our aim is to build a long-term brand licensing franchise that evolves with each series, capturing the mood and time as we travel across this fascinating period of history.  We have a broad range of categories planned from fashion collaborations to men’s grooming, stationery and posters, publishing and apparel all available across a cross section of retailers. The experiential category is particularly exciting as as we are seeing, everyone wants to be a Shelby Brother or a fierce Shelby woman!  We are carefully selecting the best partners to work with, in order to ensure we deliver experiences and products to fans that live up to their on-screen experience.”

Steven Knight: “I’ve believed Peaky Blinders was a marketable brand since the first series.  The momentum has grown since then and now there is a Peaky look, a Peaky attitude, a Peaky feel which is both intangible and yet recognizable. Our fans have maybe suffered a few years of inferior merchandising by unlicensed outlets who allowed their enthusiasm for the show to out strip their ability to deliver.  Not always but often.  However, we have relished the artwork and video work that our fans have put together for non-commercial reasons and it is our ambition to match that quality.”

Jamie Glazebrook: “Our fans are very discerning. They watch the show closely, which is a great reward for the care we put into making it. Naturally we are applying the same care and attention here, so that the product is as good as it can be and that it honours the quality of the series. It’s a way off but I’m so thrilled to see the video game evolve. The people behind it have a very deep understanding of Peaky, so to see those values on that platform is going to be fascinating.”

Steven Knight: “The clothes line with David Beckham and Kent and Curwen will, I think, be exceptional, as one would expect from a collaboration with our show.  And lots of our merchandise will feature Peaky style artwork which feels period and cutting edge all at the same time. The global appeal of Peaky Blinders never fails to astonish me with every new evocation.  We know the show is loved across South America, Eastern Europe, Australia and Asia but it is in the United States that we get the most extraordinary feedback. From Hollywood A listers to rappers to hipsters, the show appears to have struck a chord with so many people.  Perhaps it’s because it’s about a family and people can relate to that.  Also, it’s about people in less than glamorous circumstances mythologizing themselves, dressing to kill, breaking the rules, swaggering through their smoky landscape. What I find most gratifying is that our fan base has built itself without huge amounts of marketing. People ‘find’ Peaky like it’s a hidden treasure, and that makes the loyalty more fierce. Long may it continue. In series five we move into a new decade, the 1930’s, and I think the 30’s look will be a fabulous evolution for our brand.  Perhaps we will explore a women’s fashion line which will reflect the fabulously glamorous looks of the thirties. With Tommy now entering politics the issues become global and I hope that in the future we might set up some on-line forums where fans can discuss the resonances of what they see with contemporary issues.”

Jamie Glazebrook: “I feel thus far in the series we’ve been feeling the aftershock of The Great War – the style and hedonism has been a kind of response to that terrible conflict. But in Series 5 we start to feel the tremors of the next war, and all sorts of related revolutions in design. Seeing just a sense of that on screen, and then in licensed products, will be so interesting.”

Steven Knight: “Peaky always changes and it always stays the same.  Expect transatlantic action with some actors getting involved who may surprise you.  Tommy is a political animal now, and he is involved in the tumultuous events of the 1930’s, so expect the themes to become global, while the beating heart remains in Birmingham.  With season five already loaded into the barrel and season six and seven being primed, Peaky is going to make a hell of a lot of noise in the coming years.”

Endemol Shine Group, represent a range of global ancillary rights on behalf of producers Caryn Mandabach Productions and Tiger Aspect Productions. Peaky Blinders, which is distributed by Endemol Shine International across more than 180 countries, has been nominated for 20 awards and won 12 including the 2018 BAFTA for Best Drama Series and Best Drama at the 2019 National Television Awards. Peaky Blinders series four was BBC Two’s biggest drama series of 2017 and last year it was announced that in the UK, the show will move from BBC Two to BBC One for its fifth series. The show is also a hit across social media with 20million engagements on social media in the U.S. alone.