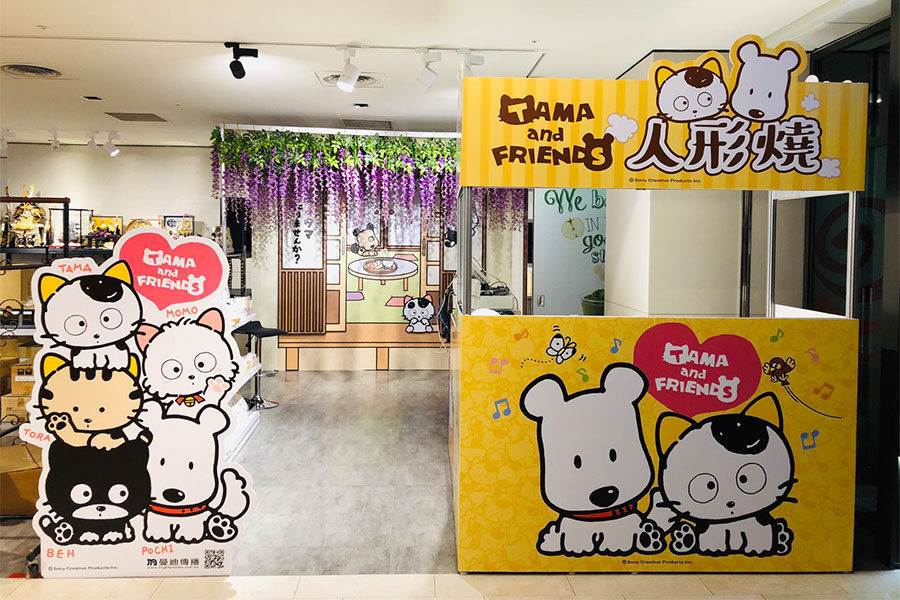 Tokyo-based Sony Creative Products Inc. (SCP), which manages licensing in the Japanese market for Tama and Friends, has announced the success of its month-long opening of the first-ever pop-up store in Taiwan dedicated to the lovable cat and his friends Pochi, Momo, Tora and Beh.

Planned and developed by Mighty Delta International Limited, a master licensee of Tama and Friends in both Taiwan and Chinese territory, along with Shing Kong Mitsukoshi, the number one department store in Taiwan, the pop-up store was open from mid-April to mid-May and sold both original Taiwan-licensed Tama merchandise and imported goods from Japan, both of which were very popular with customers. Existing and specially created new merchandise was made available for the many fans, old and young, of Tama, who have recently been welcoming his return in a new film adventure: Cats Tail’s Tales.

Among items locally developed for the store was Ningyo-yaki, a character-shaped small cake, made for this event by Mighty Delta International Limited. Visitors were able to choose from three fillings: toffee, custard or chocolate. They could even watch Ningyo-yaki being made and eat it straight from the mould and they also had the chance to have their photos taken in the store alongside a delightful cutout of Tama and his friends.

This very popular pop-up store opening follows the success of three limited-duration pop-up Tama and Friends shops in Japan. The store openings, two in Fukuoka and one in Tokyo, coincided with the arrival of a new omnibus film inspired by three successful TV franchises, one of which is, of course, Tama. The Tama section of the film brings together the voice actors who appeared in the popular animated series Have You Seen My Tama? in the early 1990s.

Tama is a strong brand with a long history and many generations of fans. The world of Tama and Friends was inspired in 1983 by a real-life missing cat poster on which was written the phrase ‘Have You Seen My Tama?’. Created by Sony Creative Products Inc, the character soon became a hit in Japan and remains a wildly popular character among Japanese children and adults, with a growing following elsewhere in Asia.

Tama celebrated his 35th anniversary in 2018 and continues to offer licensing and merchandise opportunities in Japan as well as having strong potential in other Asian countries.

Takeshi Nakamura, Global Business Group Licensing Manager, Sony Creative Products Inc., says: “The success of the first-ever pop-up store in Taiwan dedicated to Tama and Friends is a tribute to the organisational strengths of Mighty Delta International Limited the retail skills of Shing Kong Mitsukoshi, and, of course, the enormous and enduring appeal of Tama – both in Japan and abroad.” 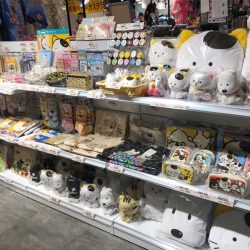 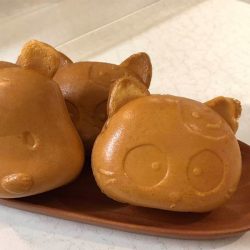