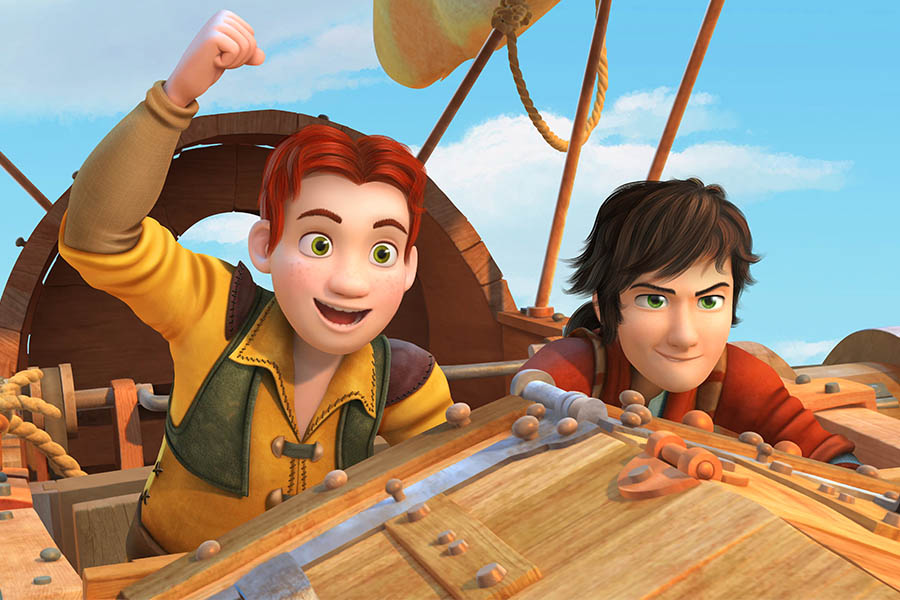 Children from all over the world will be able to relive from the next season the adventures of a young Florentine who before becoming the famous genius we all know was a dreamer, guided by imagination and courage.

The adventures of the young Leonardo da Vinci in Florence are at the centre of the new Rai Ragazzi programming that will be broadcast in Italy on Rai Gulp and in Germany on the ARD public network.
In 26 episodes the series Leo Da Vinci, will show Leonardo’s arrival as a boy in Florence, Verrocchio’s workshop, friendship with the young Lorenzo de ‘Medici and with a mysterious girl named Lisa, combining adventure and fun in the historical context of 1467 and showing the genius and the passion for the art and science of the young man from Vinci.
The animated series, produced by Rai Ragazzi and Alcuni company, directed by Sergio Manfio, and Cosmos-Maya, was already sold in Germany, in Asia and was taken by the French distribution company “All Rights Entertainment” in Paris.