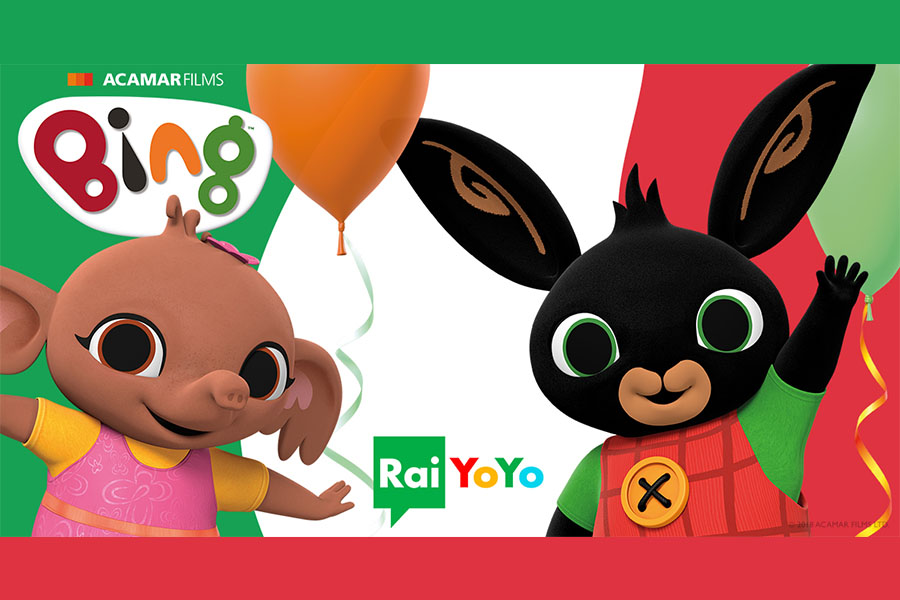 The great success of the new property beloved by very young children is unstoppable.

Maurizio Distefano Licensing signs new licensing agreements in various sectors for the property Bing, which is confirmed as one of the most requested of the moment, with numerous contracts signed only one year after the start of its broadcasting.

The licensees who have recently come on board are, among others:

Giochi Preziosi: will develop and launch in September a line of coloring toys dedicated to the tender rabbit, the famous Pisolone and the seasonal products Calzettone and Pasqualone, planned for next Christmas and Easter.

Marpimar: with a wide selection of greeting cards, invitations, wrapping papers and bags dedicated to Bing and all his friends.

Oled: will soon come out with a whole line for childcare: plates, glasses, water bottles, cutlery and much more to accompany with Bing the little ones in meal-time.

Modecor: finally all the fans will have the chance to decorate their birthday cakes with the original characters of the series.

ODS: will design a series of secondary toys aimed at developing the creativity and dexterity of Bing’s fans while playing.

Toys Garden: which will launch a play-set of Bing’s and Flop’s kitchen at the end of the summer accompanied by kitchen sets, as well as musical toys like the xylophone, the tambourine and the guitar.

In addition to the usual and now well known airing on RAI YoYo, now Bing also arrives on the pay-TV channel DeA Junior, with a massive programming aimed at satisfying the appetite of the most loyal fans.

Bing‘s popularity is not limited only to the TV world, but is also reflected in the reality of the immersive experience offered by Leolandia, which allows its visitors to meet Bing and Flop in person! Moreover, fans on Italian social networks continue to grow, with 40,000 Likes on the Facebook page, more than 95,000 subscribers to YouTube channel and many followers on Instagram.