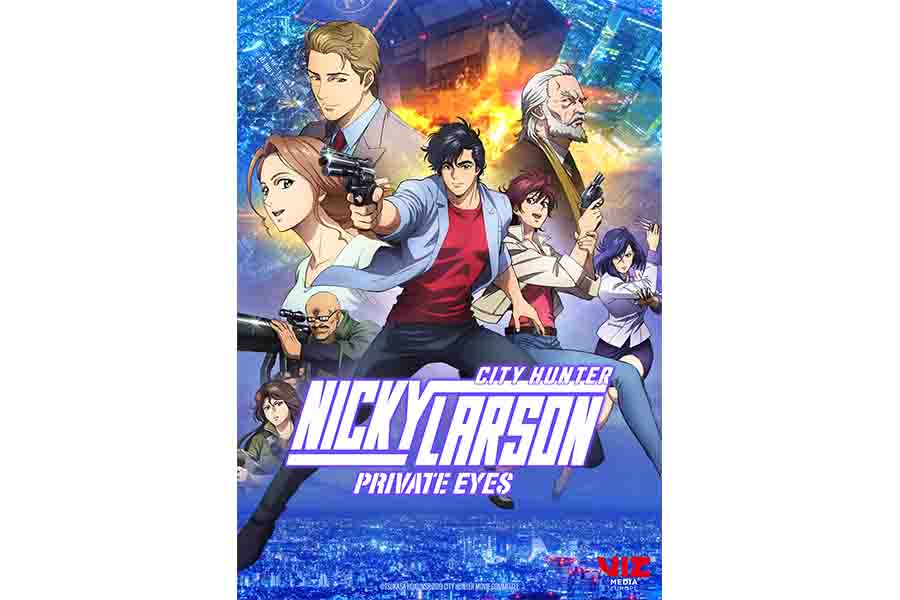 VIZ Media Europe, leader in Japanese Entertainment content in Europe, is thrilled to announce the returns of the iconic animated title City Hunter aka Nicky Larson in France, is to our screens this year with a new movie: Private Eyes.

Theatrical, Home video, TV and Digital rights have been acquired from Sunrise Ltd. for French-speaking Europe and Africa.

With an up-to-date dynamic animation, and with its action taking place nowadays, the movie has already grossed more than 9 million $ in Japan.

This new animated movie will be subject to special event screenings from June 13th throughout France, in both subtitled and dubbed versions, in partnership with CGR Events.

Besides, Philippe Lacheau is also involved in this movie since he dubs a new character, who will give a hard time to Nicky Larson!

This time the movie Nicky Larson: Private Eyes, follows Nicky Larson new adventure contacted by Iris Woods, a beautiful model who is being targeted by mysterious mercenaries. But Iris, unknowingly, could be the key to a city-wide conspiracy! Can Nicky and Laura protect Iris and save Tokyo?

VIZ Media Europe, in addition to the movie release, partners up with TF1 to bring back the show on air.

Nicky Larson is broadcasted on the TV channel TFX and also on MyTF1. The series is an adaptation of Tsukasa Hojo’s manga City Hunter, which sold more than 50 million copies worlwide.

The iconic series from TF1 kids program «Club Dorothée» in the 90’s, Nicky Larson tells the story of the City Hunter, the very best amongst Private Eyes and «Sweepers», ridding Tokyo of crime of all sorts.

The 140 episodes have started airing on February 8th every Saturday between 7h35 and 10h30, just two days after the theatrical release of Nicky Larson et le Parfum de Cupidon. They are also available on Free streaming on the digital platform MyTF1.

← Sesame Workshop and Nelvana greenlight S2 of 'Esme & Roy' to air in the U.S. and in Canada Captain Tsubasa is back →