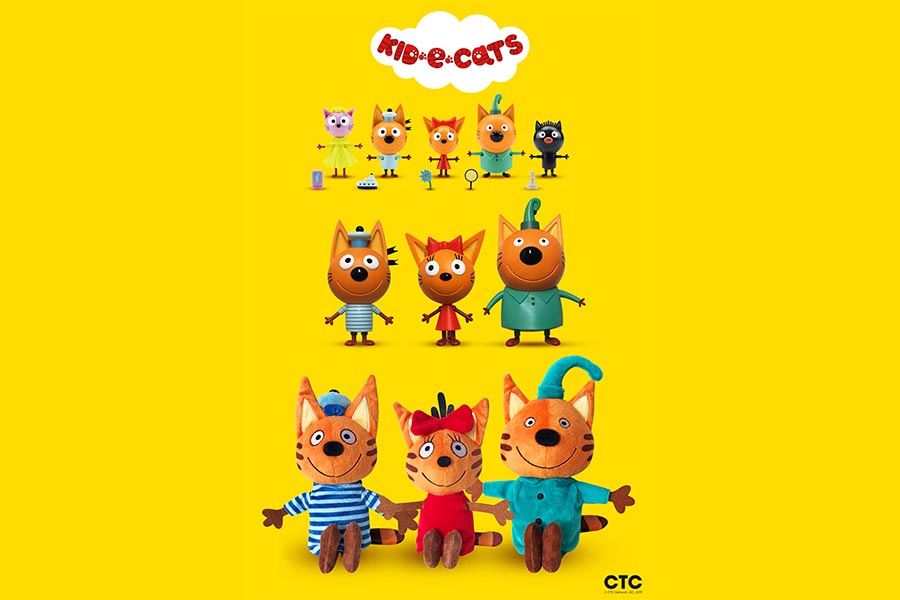 APC Kids, the children’s entertainment distribution company of boutique co-producer and distributor APC Studios, has appointed Giochi Preziosi as the distribution partner for its KID-E-CATS toy range in Italy.

The master toy partner for KID-E-CATS, Toy Plus (Far East) Ltd., part of the Thai Group, is currently developing a range spanning plush, collectibles, figurines and playsets targeted at preschool children, with global retail launch scheduled from September 2019. Giochi Preziosi is on board to distribute Toy Plus’ products across Italy, starting with the four lines developed to date including 3-inch figurines with accessories, 6-inch figurines with sound press-it buttons, musical 8-ich plush figures and musical 6-ich plush figures in Q4 2019.

Lionel Marty, Managing Director of APC Kids says: “We’re delighted to have the preeminent Italian toy company, Giochi Preziosi, on board to bring Toy Plus’ products to KID-E-CATS fans in Italy. The range is already looking fantastic and we’re confident that Giochi Preziosi’s wealth of experience in establishing a strong retail presence for preschool properties will ensure the first wave of products is a huge hit when it launches later this year.”