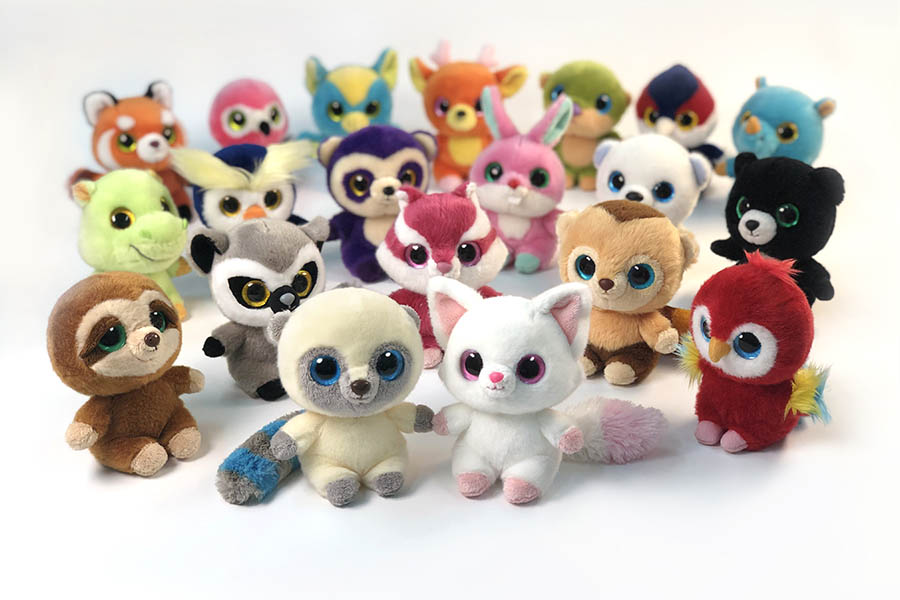 Tags from the story: Aurora World, WHSmith, YooHoo, Yoohoo to the Rescue.

Leading character and content company Aurora World has announced a major partnership with UK retail group WHSmith to bring a refreshed and expanded line of YooHoo plush based on characters from the new 3D Netflix Original series YooHoo to the Rescue to WHSmith stores.

The launch began on 15 April with the arrival in 200 WHSmith high street stores across the UK of specially designed clip strips containing YooHoo keychains. The formal YooHoo plush launch of 14 five-inch plush characters will take place from 5 May, also in 200 high street stores. It will be supported by special YooHoo CDUs along with advertising in-store throughout May.

All POS/advertising material will use imagery from YooHoo to the Rescue, which arrived on the global Netflix platform on 15 March.

The launch forms part of a continuing promotional push for the new show and YooHoo licensed product. The YooHoo brand and increased brand exposure in global markets, along with the strong promotional effect of the new animated series, are expected to drive demand for the plush range in particular. YooHoo plush is already popular – sales since 2007 have exceeded 80 million – but the line has now been refreshed to reflect the themes and characters of the new series.

Along with the Netflix global premiere, the new YooHoo plush toy line has been the focus of a number of major launches globally. Aurora World is working closely with key partners in retail, especially in Japan and the UK. They include Hamleys Hakata and Yokohama in Japan, and John Lewis, Chessington Zoo, and Rainforest Cafe in the UK. More launches are planned or under way around the world.

As well as a renewed plush toy line based on the new series, a licensing and merchandising programme is planned across many other categories. There are several products ready for launch in territories worldwide from a number of licensees, including Panini (stickers, mini figurines, trading cards), Nuvita (baby products), Apple Beauty (toiletries), Kennedy Publishing (magazines), and Dev Game & Yea Studio (mobile apps).

The new 3D CGI 52 x 11’ animated children’s show, YooHoo to the Rescue, a co-production with Italy’s Mondo TV, launched its first 26 episodes on 15 March 2019 in 20 different languages in 190 countries. YooHoo to the Rescue is one of the first Asian pre-school IPs to be chosen as a Netflix Original Series. The show will also appear on free-to-air channels in Italy, Poland, Russia, Spain, and Portugal.

Jay Noh, Director of Content Business, Aurora World, says: “With the arrival of YooHoo to the Rescue on the Netflix platform and this partnership with a household name in UK retail, we are looking forward to a very positive response to the new YooHoo plush. This partnership is a major boost for the YooHoo brand in an important market.”