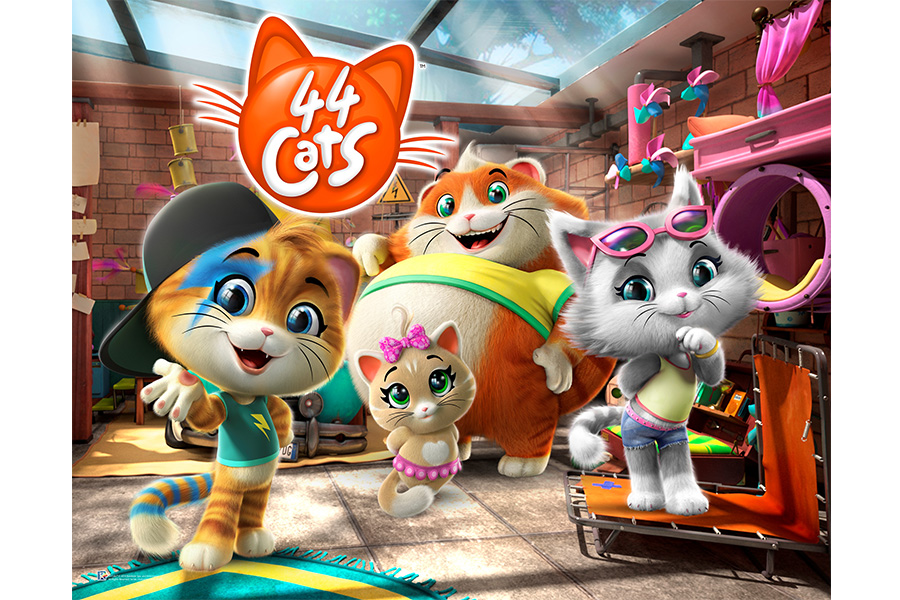 Pop TV – one of the UK’s biggest free-to-air children’s programming broadcasters – will launch the show in September 2019.

Pop TV – one of the UK’s biggest free-to-air children’s programming broadcasters – will launch the show in September 2019.

44 Cats is a Rainbow production in collaboration with Antoniano Bologna and Rai Ragazzi. The series follows the daily adventures of Lampo, Milady, Pilou, and Meatball – four adorable kittens who are part of a music band named The Buffycats and live in the Clubhouse, a garage inside Granny Pina’s house. Their adventures explore the themes of friendship and altruism: the four cats love helping others and always find creative solutions to everyday hitches by dealing naturally with important themes like tolerance, diversity and acceptance.

“We are absolutely thrilled with this new broadcast deal, as Pop TV have such a big presence and reputation in the UK”, says Andrea Graciotti, Head of Sales, TV Series, Movies & Co-Productions of Rainbow. “This adds to the buzz surrounding the brand, that is receiving a great response from across the international TV market!”

“44 Cats is a perfect fit for Pop, with its blend of friendship and fun – and cute kitties!” says Sarah Muller, VP, Children’s and Youth Entertainment Programming, Sony Pictures Television.