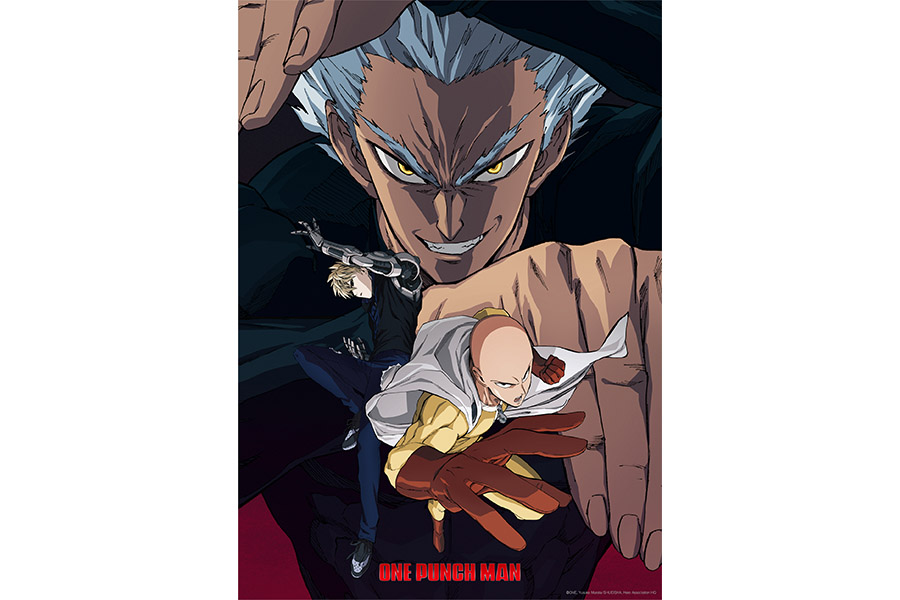 Tags from the story: ONE -PUNCH MAN, VIZ Media Europe.

The action-humor-Driven Superhero Series is back for a second season!

VIZ Media Europe, leader in Japanese Entertainment content in Europe, has secured the master license for the second season of the smash hit anime action series, ONE-PUNCH MAN. The master license covers digital streaming, TV broadcast, EST, home media and merchandising rights for the property for the territories of Europe and Middle East.

Based on the best-selling manga series created by ONE and illustrated by Yusuke Murata, ONE-PUNCH MAN depicts the adventures of Saitama, a young man who only became a hero for fun. But after three years of “special” training, he finds that he can beat even the mightiest opponents with a single punch. Though he faces new enemies every day, it turns out being devastatingly powerful is actually kind of a bore. Can a hero be too strong?

The ONE-PUNCH MAN phenomenon began as the best manga launch in Europe in 2016 with over 1,6 million copies sold up-to-date. The TV series quickly became a digital phenomenon with over 20 millions views across European leading platforms. The first season (12 episodes) is Netflix Top Anime program and available on the platform across EMEA.

After the success of the ambitious first season, Aâdil Tayouga, Executive Manager at VIZ Media Europe explains “We are very excited to bring this second season to European and Middle east audiences. Our extensive distribution and 360° licensing infrastructure across the region will ensure that fans will be able to catch every episode localized for their countries and across multimedia platforms with a variety of licensed goods“.

With the popularity of superhero movies and shows thriving more than ever, ONE-PUNCH MAN promised to bring back the hilarious take on the hero Saitama. The new episodes are scheduled to premiere from April 2019 in Japan.

← Penny on M.A.R.S. arrives on RAI Gulp from February Released the first trailer of Angry Birds The Movie 2! →