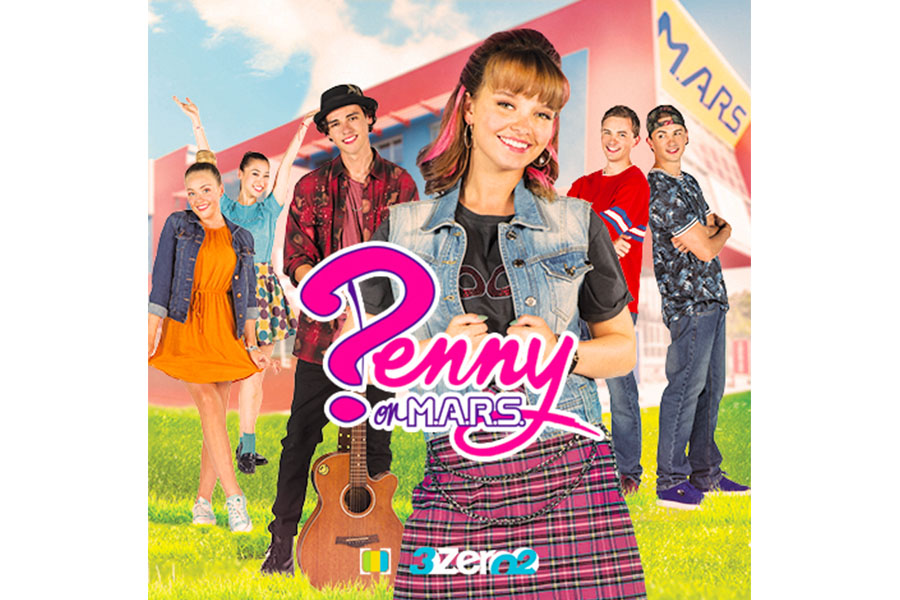 Penny on M.A.R.S. arrives on RAI Gulp from February

The licensing program has been presented by ETS Licensing at The Brand Licensing Europe 2018 and it already counts on a first important partner on board: Magazzini Salani will publish Penny on M.A.R.S. official books.

After the successful airing on Disney Channel, Penny on M.A.R.S., the new live action TV series produced by 3Zero2 in collaboration with The Walt Disney Company Italia, arrives on RAI GULP from February the 18th.

This is the first series conceived by TWDC Italia for the international market, entirely shot in Milan with an English cast. Penny on M.A.R.S. is also available in UK – where it’s having strong performance after the launch in June 2018 – and it will debut during the 2019 in France, Spain, Netherlands and Eastern Europe countries on Disney Channel. The TV series is on air in EU Nordics territories and Israel too.

Directed by Claudio Norza, the first series consists of 16 episodes, 22 minutes each, and tells the adventures of Penny (played by the debutant Olivia-Mai Barret), a talented teenager who dreams of attending the most prestigious school of performing arts in the world: MARS. Shy and reserved, she is not like any other girl: in fact, she is the daughter of the most famous popstar in the world, Bakia, but no one knows it as she has been kept hidden from the public since she was born. Penny has an inseparable friend Camilla (Shannon Gaskin). Both, in seeking their place in the world and pursuing their own dreams and passions, will end up falling in love with the same boy (Finlay MacMillan).

In addition to a plot full of twists and challenges, the TV series is enriched by many songs and dance choreographies for a 7-14 year-old target. A second series is already available and it will be on air in Italy on Disney Channel from April 2019, and a third one has been confirmed.

The licensing program has been presented by ETS Licensing at The Brand Licensing Europe 2018 and it already counts on a first important partner on board: Magazzini Salani will publish Penny on M.A.R.S. official books.