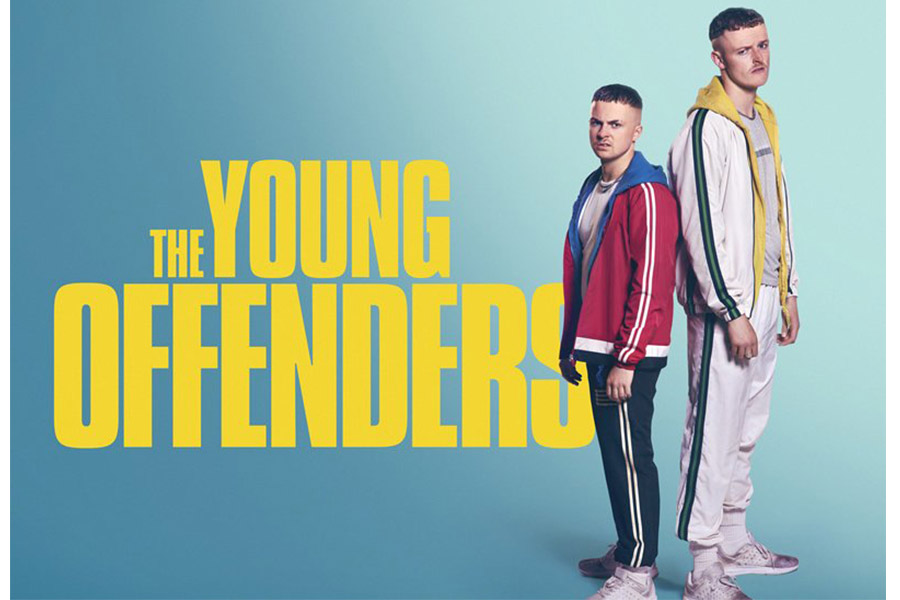 Tags from the story: Rocket Licensing, The Young Offenders.

Independent licensing company Rocket Licensing has been appointed to manage licensing for the smash hit comedy series The Young Offenders on behalf of brand owner Rotator.

The series follows the coming-of-age adventures of lovable rogues Conor and Jock as they navigate their awkward teenage years, not always successfully, in Cork city, Ireland. The Young Offenders began life as a film in 2016 when it became a breakout hit in Ireland, reaching the €1.3 million mark at the Irish box office in record time and also receiving a positive critical and commercial response in the UK market.

The six-episode television series The Young Offenders first aired on both BBC Three/BBC One and Ireland’s RTÉ in February 2018. Peter Foott, winner of Best Screenplay at the Irish Film and Television awards for the 2016 film, is again the talented writer and director behind this funny and endearing sitcom series. The series was an enormous hit performing very strongly with UK audiences, as evidenced by the show’s frequent appearance in the top five most watched shows on the BBC iPlayer. BBC Three scored huge viewership with series one on their online platform, so much so that BBC commissioned a 2018 Christmas Special along with the previously announced Series 2. It also became one of the most streamed programmes on the RTÉ player this year.

The Young Offenders has a strong appeal to a core market of 16-30-year-old males as well as secondary appeal to older adults and young women. This broad appeal, along with the high television visibility of the show for at least two more series, brings with it exciting licensing potential.

Rocket Licensing sees strong potential for a The Young Offenders licensing programme in Ireland as well as growing strength for a campaign in the UK market as the newly commissioned series reach screens from 2019. Potential categories include apparel (notably T-shirts and sweatshirts, loungewear and nightwear), dress-up, gifting and homewares (such as mugs and novelty gifts), social stationery, calendars, accessories (such as bags and phone cases), games and puzzles and ringtones and apps. An initial range of product is anticipated to coincide with the launch of the second series.

Charlie Donaldson, Joint Managing Director of Rocket Licensing, says: “The Young Offenders enjoys extraordinarily high – and growing – levels of awareness. The Irish market in particular has embraced this property wholeheartedly, while the BBC is giving strong backing to further series. With a great platform and huge popularity, we see fantastic potential for licensed output in Ireland and the UK and are excited to be working with Rotator.”