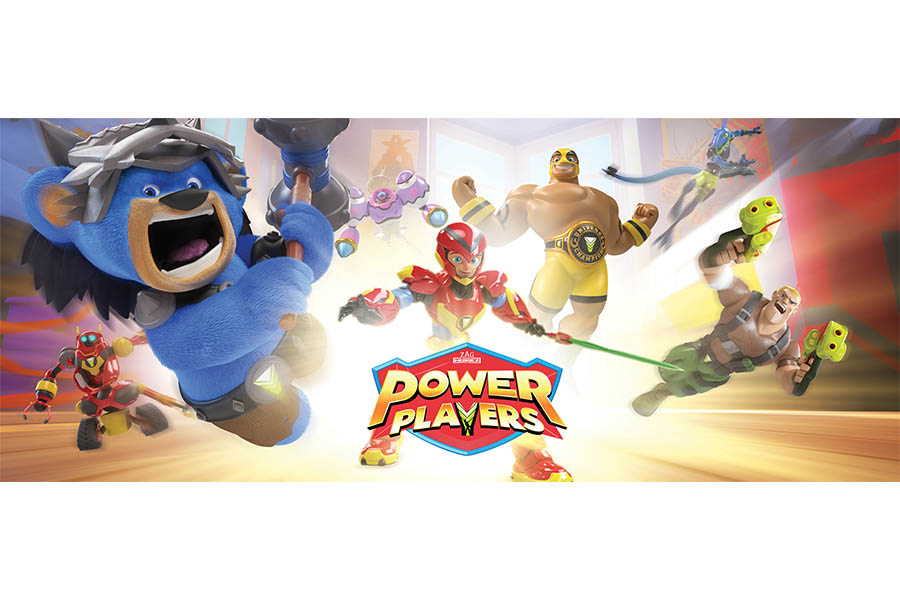 ZAG America, a global independent entertainment studio specializing in world-class storytelling across TV, film and digital platforms, announced Cartoon Network has secured the broadcast rights to the upcoming animated series, Power Players – expected to debut from 2019. Developed by Jeremy Zag, written by Man of Action (Ben 10, Big Hero 6) and co-produced by OnEntertainment, the new series will also include the development of a multi-segment toy line in partnership with Playmates Toys. The action figure and role play will give kids worldwide the chance to immerse themselves in the on-screen action just like the heroes of the show. The launch of the highly anticipated series is the first between ZAG America and Cartoon Network, in addition to ZAG’s first partnership with Playmates Toys.

Cartoon Network has secured the broadcast rights of Power Players  in the EMEA, APAC, and USA regions. Utilizing groundbreaking CGI-hybrid animation, the action-comedy animation series follows the adventures of Axel, an adventurous boy who transforms into a living action figure, and his unlikely team of toy heroes as they embark on the biggest “small” adventures a kid could ever imagine. “Power Players” is visually stunning animation that truly brings the characters and story to life, as this is the first time this rendering technique has been used in a series format. Tackling BIG challenges and high stakes from a toy’s eye view, the show embraces the pure fun of play while promoting camaraderie and teamwork.

“ZAG is thrilled to partner with the incredible team at Cartoon Network,” stated Liz Grampp, Senior Vice President of Studio and Franchise Marketing, ZAG. “We love their proven success in building audiences with action-comedy formats. They have embraced the high quality visuals that set Power Players apart. In addition, we’re so lucky to have Playmates Toys, who brings a wealth of experience developing boys’ action toys from original IP, growing brands into hot toy franchises with long-term success. Together with our long time collaborators Man of Action and OnEntertainment, we have a strong team behind this break-out storytelling.”

“Playmates Toys is elated to be working with ZAG to bring the heroes of the series to life off-screen,” said Karl Aaronian, Senior Vice President of Marketing, Playmates Toys. “With a deep-rooted history in the boys’ action category, we look forward to developing an innovative line of toys that captures the action and adventure of the series and provides kids with imaginative play experiences.”

Power Players follows the adventures of Axel, a seemingly normal boy with the ability to transform into a toy-sized action hero, as he recruits a team of toy heroes and experiences the world around him from an entirely new perspective.  When new threats come to life, what dangers can we expect our toy heroes to overcome? Power Players taps into the importance of courage, teamwork and fun to save the day.