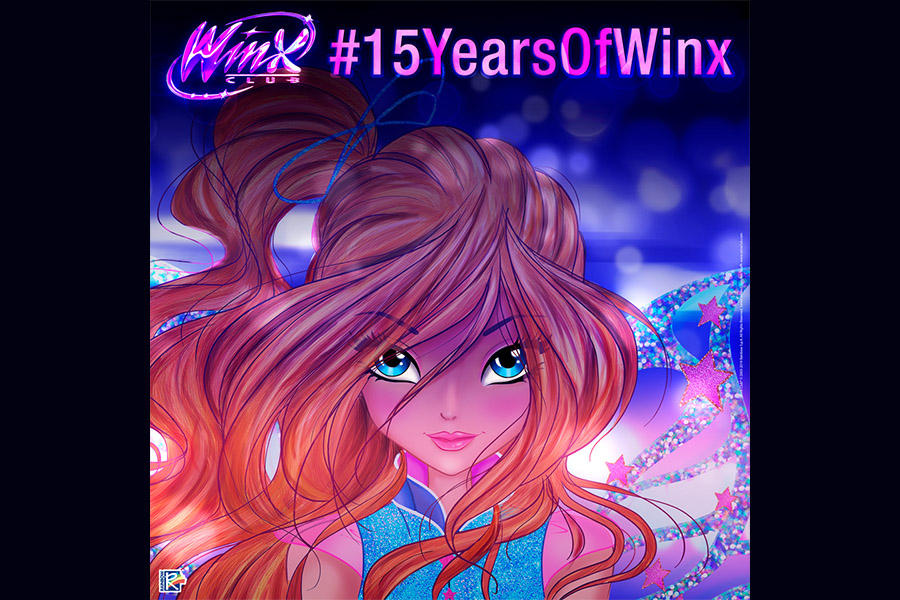 Rainbow opens the celebrations for 15 memorable years of Winx Club

January 28th marked the official opening of the celebrations for the 15th anniversary of Winx Club, one of the world’s best-loved and magical brands for girls. The fairy property, born out of the creativity and talent of Founder and CEO Iginio Straffi, first debuted on the Italian TV screens on January 28, 2004 on Rai 2, and has since then evolved and reinvented itself over the years, responding to the ever changing trends of market and often anticipating new styles, to become one of the most followed TV shows that captivates millions of fans from the five continents.

Winx Club’s 15th anniversary offers Rainbow a fantastic opportunity to celebrate the extraordinary success of the brand with fans, engaging in a special series of dedicated initiatives throughout 2019.

For the occasion, TV leading networks all over the world are launching special initiatives for fans, starting from Italian broadcaster Rai Ragazzi, ready to unveil an exclusive anticipation of Winx Club 8, the next chapter of the saga that will hit screens in spring 2019. The highly anticipated new series is a mind-blowing adventure starring the fairies in a thrilling new transformation, also with the return of their most popular ones like Enchantix, Syrenix and Butterflix.

Long-time prestigious partner Nickelodeon International will join Rainbow’s celebrations as well, with a season 7 marathon aired throughout January 28th on its ex-US channels and platforms across 170+ countries and territories.

And the magic doesn’t end here. After premiering at Lucca Comics and Games 2018, the special exhibition 15 Years of Magix opened on January 26th at the special venue of Milan’s WOW Spazio Fumetto, museum of comics, and will run until May 12th to tour Europe for the rest of the year. Starting from Mr. Straffi’s first sketches, and all the way up to 3D animation, stories, curiosities, unpublished material, news and interactive activities, the exhibit guides fans and enthusiasts through the Magic Dimension of the fairy team made up of Bloom, Stella, Flora, Aisha, Musa and Tecna, the super heroines that have established Rainbow as Italy’s animation pride growing up together with millions of girls worldwide, spreading magic and positive values such as friendship, altruism and commitment and reaching the distribution in over 100 countries through 8 TV series, 2 series in co-production with Netflix, 3 feature films and uncountable live shows and International musicals.

These are just some of the exclusive events and partnerships that will engage Rainbow and fans throughout this special year, dense of exciting new projects and prospects for Rainbow and its brands.

← At Pitti Bimbo 88 Nickelodeon presented the new star for the little girls: Jojo Siwa The new frontiers of Licensing at the next Bologna Licensing Trade Fair →