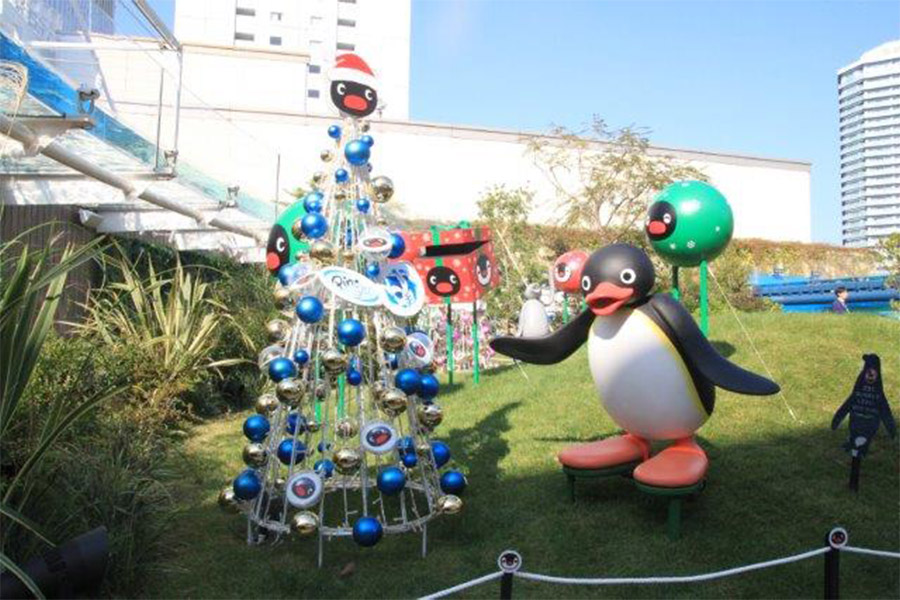 Tokyo-based Sony Creative Products Inc. (SCP), which manages licensing in the Japanese market for Pingu on behalf of rights owner Mattel Inc, have been involved in a collaboration with Sunshine Aquarium, a popular city aquarium in Tokyo.

During the six weeks leading up to Christmas, visitors to Sunshine Aquarium have been enjoying Christmas trees and ornaments hung with Pingu, Pinga and Rowy Christmas decorations, as well as Pingu-themed foods and goods sold in the aquarium’s café and shop – including Pingu and Pinga cake – and even taken part in photo shoots with Pingu.

Located on the top of a major shopping centre in Ikeburo, Tokyo, the Sunshine Aquarium is a popular city aquarium where kids and adults can view a variety of ocean and freshwater fish and aquatic mammals.

This is the latest in a number of collaborations and agreements that underline the appeal of the funny, happy world of Pingu and his friends and the success of the new, entirely Japanese-made-and-produced computer-animated TV series Pingu in the City.

Pingu in the City (two series of 26 x 7 minutes) launched on the NHK ETV channel – which is owned by Japan’s public broadcaster, NHK – on October 7, 2017. This delightful new version of the Pingu story brings the cheeky, lovable penguin and his family from their small village to the big city, where Pingu meets many other fascinating penguins, finds out about what they do and – inevitably – gets into trouble. 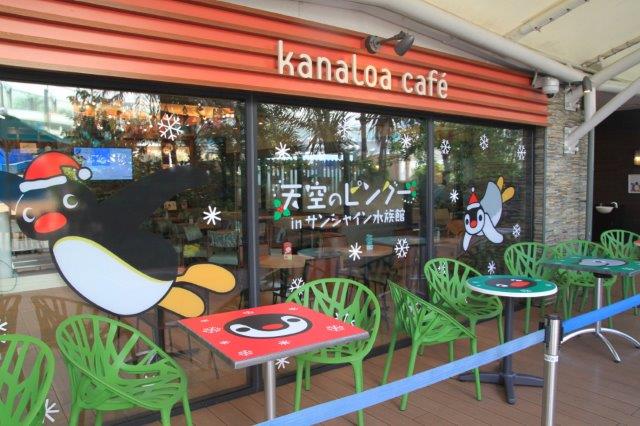 Other collaborations and promotions since the lunch of the new series have included a Pingu-themed café that opened for ten weeks at Village Vanguard Cafe Shinjuku from 2 November 2017, and an event called ENJOY SHOP-PINGU at LaLaport Fujimi, which transformed one of Japan’s best-known and biggest shopping malls for over a month in early 2018. In addition, it was recently announced that a new distribution partnership for Pingu with Sony Music Entertainment España, S.L. (SME), the Madrid-based music publishing and distribution company, will bring Pingu in the City to a number of European and Latin American territories.

Takeshi Nakamura, Global Business Group Licensing Manager, Sony Creative Products Inc., says: “Pingu in the City is attracting a whole new generation to the adventures of the lovable penguin. We are delighted with the continuing success of these Pingu-themed events which attract large crowds keen to see more of one of their favourite children’s characters.”

← Carrefour Italia, Caritas and Hasbro together for the "Give a toy" initiative at Christmas time Smiley Grows Asia with host of major Christmas Promotions →